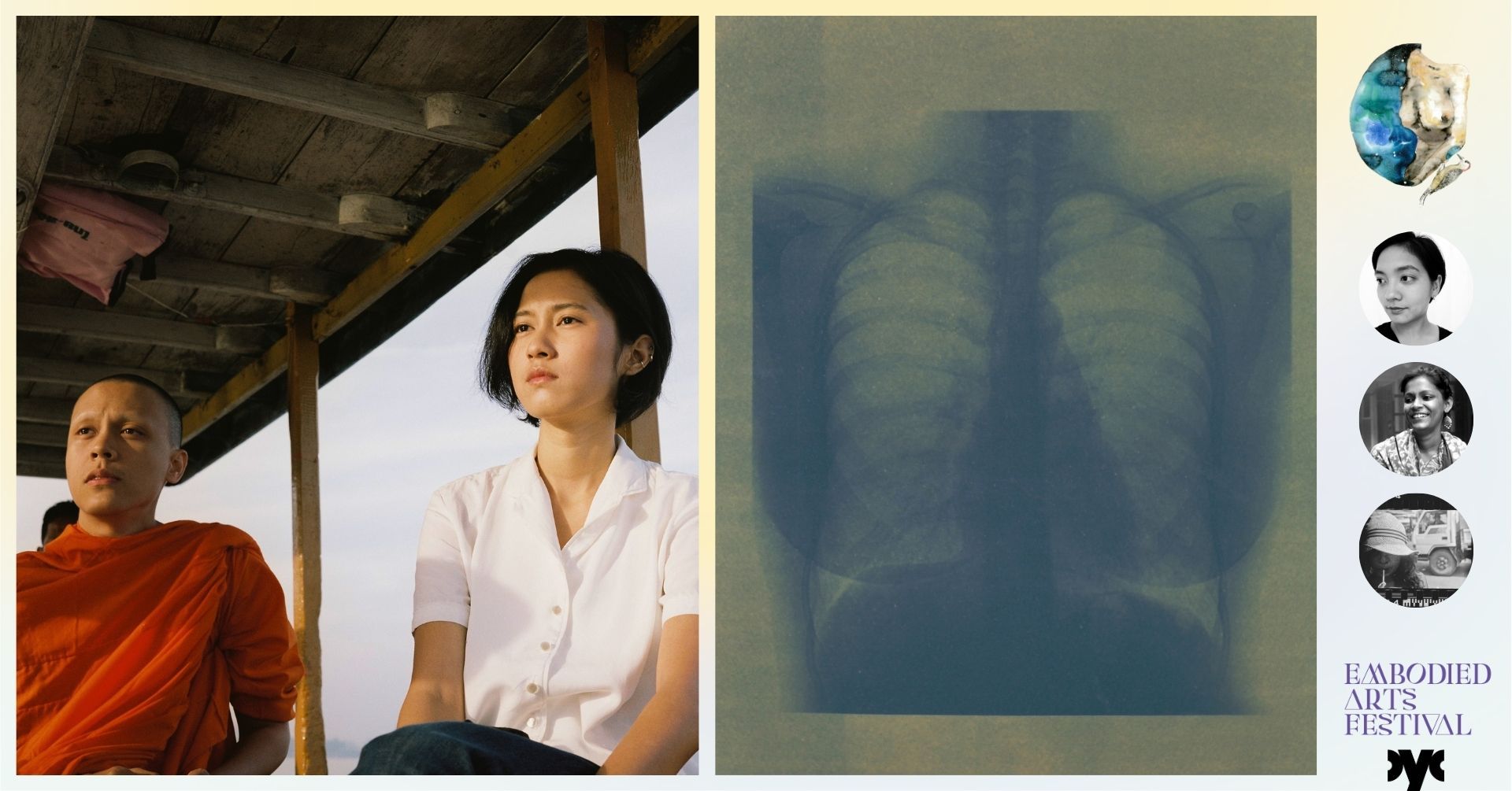 For this Q&A event, Sana Rizvi will be talking to Nakorn-Sawan director: Puangsoi Rose Akornsawang and Birha director: Ekta Mittal. You are invited to join in the conversation.

This event will take place on zoom, you can register here. Please note that the zoom discussion will be live-streamed on Oyoun's online platforms - YouTube, Vimeo and Facebook.

Nakorn-Sawan will be available for 24 hours starting at 21:00 on 9th April.

"Inspired by the poetry of Meena Kandasamy, the writings of Christina Crosby and Balbir Krishan’s art, I began my reflections on embodied memories connected to loss and grief. Their work helped me map new areas of inquiry and pose questions away from a more conventional outlook on the linear notions of loss’s predestined path, in a culture frantic for resolution. And instead, look at loss as holding social, political, and aesthetic implications for the body. A loss that doesn’t rely on linearity but that is profoundly intimate, from the deep space and time of the self. One that is birthed from the deepest parts of our bodies and times. Moreover, from this position of embodied knowing, could (re) engaging with loss generate sites for memory and history, rewriting of the past and reimagining the future? And could this engagement with loss: the irrecoverable, become, paradoxically, the condition of a new anti-colonial hope and agency." - Sana Rizvi

In her directorial debut, Puangsoi Akornsawang blurs the lines between memory, fact, and fiction in a delicate contemplation of the meaning of life in the presence of death. In this hybrid film, documentary footage from the filmmaker’s life is combined with the fictional story of a young woman returning home after the passing of her mother to scatter her ashes in the “Heavenly City.” The film is a delicate meditation on love, loss and memory.

After her graduation from the Motion Picture and Still Photography Department of Chulalongkorn University, Bangkok, Thailand, Puangsoi Aksornsawang received many opportunities to exhibit her short film Swimming Pool at various student film festivals. In 2011, she started her film production career as an assistant director and a scriptwriter. In 2014, she had the academics DAAD scholarship and graduated from Master of Fine Arts at the University of the Arts Hamburg in 2018. She is based in Bangkok working as a director, a writer and a scriptwriter.

In a faraway village called Birha, missing people, mothers and tired lovers yearn to see beyond the mist. They meet each other in impenetrable silences and endless mourning. They curse the moon for witnessing their insomnias. Birha situates itself in a season of waiting, climate of uncertainty: where only a loud screech can register distance between loved ones.

Birha is the grief, agony and anguish of separation, derived from Punjabi Sufi Poetry. Guided by Shiv Kumar Batalvi's birha poetry, the film captures the pain, lamentation and yearning caused by separation. The film searches for missing people, who left their homes to work in faraway cities, and have still not returned. The locations are not marked, characters are not named, Birha situates itself in a season of waiting and a climate of uncertainty.

Ekta Mittal co-founded Maraa (maraa.in), a media and arts collective in Bangalore in 2008. She works there as a practitioner, researcher, curator and facilitator around issues of gender, labour & caste in rural and urban contexts. She also works with creative practices in public space, through independent production and collaborations with other artists. She has been making films around labour, migration and cities since 2009. Her recent film Birha is about separation and longing in the context of migration.