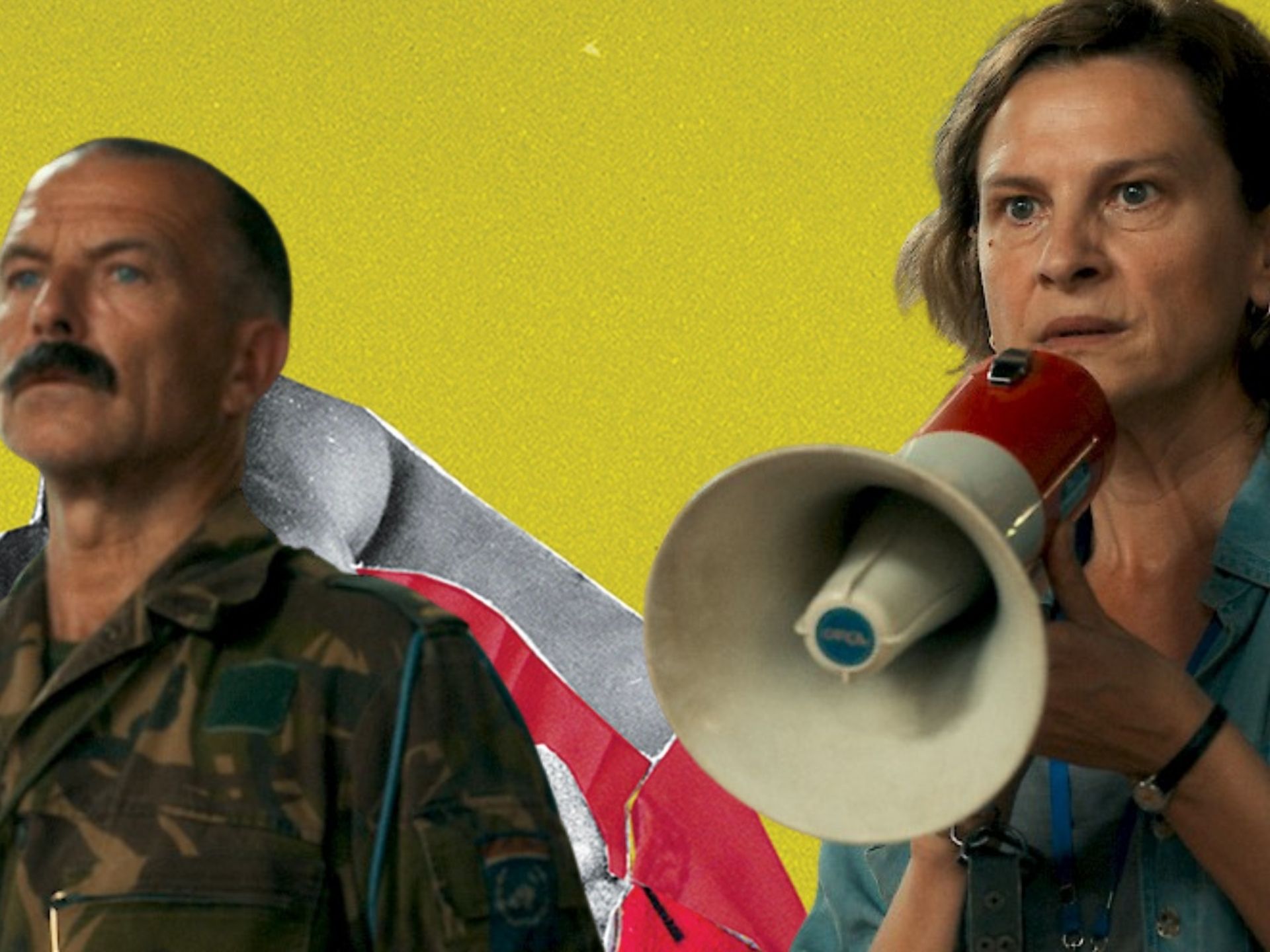 Screening, followed by a Q&A with Melina Borčak

ABOUT "QUO VADIS, AIDA?" - a film by Jasmila Žbanić

Bosnia, 11 July 1995. Aida is a translator for the United Nations in the small town of Srebrenica. When the Serbian army takes over the town, her family is among the thousands of citizens looking for shelter in the UN camp. As an insider to the negotiations, Aida has access to crucial information that she needs to interpret. What is at the horizon for her family and people - rescue or death? Which move should she take?

This event is part of UN:IMAGINABLE - our histories in conversation

UN:IMAGINABLE is one remarkable theatre production resulting from lived realities of trauma, war, segregation and exile. In the 1990s the conflicts in Rwanda and the Balkans shattered the world and remain recorded as two of the bloodiest events in modern history. However, testimonies and stories continue to this day. Many have fled their home country and some have reached Germany, a space glorified as paradise.

Society is stuck in suppressed fear and hatred leading to further conflicts while in denial of histories untold. UN:IMAGINABLE mirrors the banality of evil and its connection to everyday, mundane life and deals with the hour prior to death in the lives of victims and perpetrators.

Supported in the fund TURN2 the Federal Cultural Foundation and the Federal Government Commissioner for Culture and the Media as well as by the Heinrich Böll Foundation.

During the genocide against Bosniaks, I grew up in Germany’s cosiest refugee camp (by “cozy” I mean it was a damn aluminum container), until I was forced to go “back” to a country I didn’t even know – Bosnia. In the ruins of Sarajevo, I studied Journalism and filled my adrenalin addiction through adventurous trips to exotic destinations such as Bonn, Potsdam and Berlin – at Deutsche Welle, the Electronic Media School and the Parliament of Germany (know your enemy). Despite a successful career in Bosnian media, I decided to return to Germany in 2015 – after almost 20 years in Bosnia.

Here, I continued working as a journalist, became a columnist, founded “Perspective Collective” – a collective of journalists that are refugees and/or POC. Now I’m building a media startup in Bosnia and working on two documentaries.

Born in Sarajevo in 1974, Jasmila is a graduate of her native city’s Academy of Dramatic Arts, Theatre and Film Directing Department. Before filmmaking, she also worked as a puppeteer in the Vermont-based Bread and Puppet Theater and as a clown in a Lee Delong workshop. Her feature debut GRBAVICA won the 2006 Berlinale Golden Bear, was sold to 40 territories and received nominations for European Film and Actress at the European Film Awards.

ON THE PATH, Jasmila’s second feature film, premiered at the 2010 Berlinale, in the Competition section. The film had world-wide distribution in 25 territories, won numerous awards, and was nominated for European Actress at the European Film Awards.

Jasmila’s films and video works have been displayed at dozens of art exhibitions world-wide such as Manifesta 3, the Istanbul Biennial, Kunsthalle Fridericianum Kassel, Swedish Contemporary Art Foundation, New Museum in New York(...) She is the recipient of the 2014 KAIROS Prize which honours European artists whose work is judged to have a major cultural and social impact.