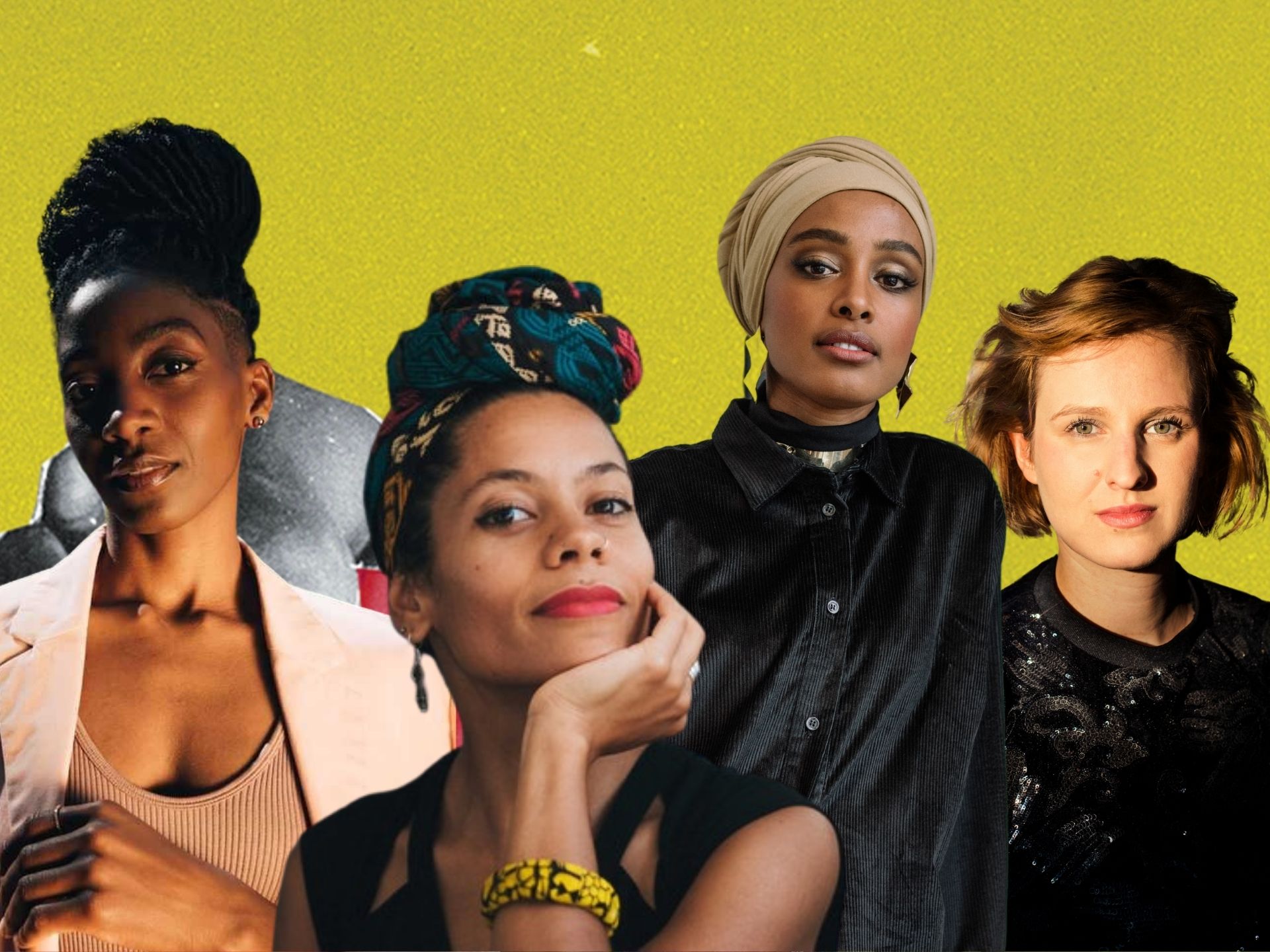 In this talk, four extraordinary creatives get together and discuss the many ways in which trauma can be reflected through various forms of art and potentially help ease the (un)conscious pain inherited or experienced.  They will also discuss the inevitability, politics and urgency of remembrance serving ways to mirror society in times of increasing hate crimes, bigotry, racism and intolerance while embracing the need for communities and spaces to heal.

This talk is part of UN:IMAGINABLE - our histories in conversation

UN:IMAGINABLE is one remarkable theatre production resulting from lived realities of trauma, war, segregation and exile. In the 1990s the conflicts in Rwanda and the Balkans shattered the world and remain recorded as two of the bloodiest events in modern history. However, testimonies and stories continue to this day. Many have fled their home country and some have reached Germany, a space glorified as paradise.

Society is stuck in suppressed fear and hatred leading to further conflicts while in denial of histories untold. UN:IMAGINABLE mirrors the banality of evil and its connection to everyday, mundane life and deals with the hour prior to death in the lives of victims and perpetrators.

Supported in the fund TURN2 the Federal Cultural Foundation and the Federal Government Commissioner for Culture and the Media as well as by the Heinrich Böll Foundation.

is Helsinki-based writer and public intellectual. She’s interested in themes relating to freedom and shifting the contexts in which we dream and create futures in the present. In her artistic work, Abdulkarim focuses on questions relating to freedom and dreaming, such as in the project We Should All Be Dreaming created with Sonya Lindfors. Abdulkarim has scripted the award-winning short film Dream Dream in the Single Case series by Tuffi Fulms and represented Finland at the Venice Biennale (2018). She has co-founded the Feminist Party and served as Vice President of the Union of Women’s Affairs. In 2019, Abdulkarim was awarded the Minna Canth Award for her work on furthering equality.

Renowned social justice leader, author, and expert on intersectionality, diversity, equity, inclusion and non-discrimination Emilia Roig has been shifting the discourse on systemic inequalities in Europe through the creation of the Berlin-based Center for Intersectional Justice (CIJ), the publication of her book WHY WE MATTER, her numerous speaking engagements and her high-level consultancy services.

Jasmina Musić was born in 1988 in Banja Luka and came to Dortmund with her family as a five-year-old. She studied acting in Hamburg and Tuzla, as well as psychology in Cologne. She is a co-founder of the diverse female collective Her.Story, which will conduct research on the topic of violence against women and on the genocide in Bosnia and Germany in the 2021 theatre season.

ShaNon Bobinger is a moderator and systemic life and business coach. After several years of moderation experience at Tide TV, ALEX TV, The Muay Thai Diary and the production of her own interview formats @sippingrealiteas, the focus of her work lays in social change, with the aim of communicating inclusively, multi-perspectively and diversely in order to promote an interactive dialogue and exchange.