THE BODY IS: A MAP, A CAGE, A KEY: Embodied practice as research methodologies 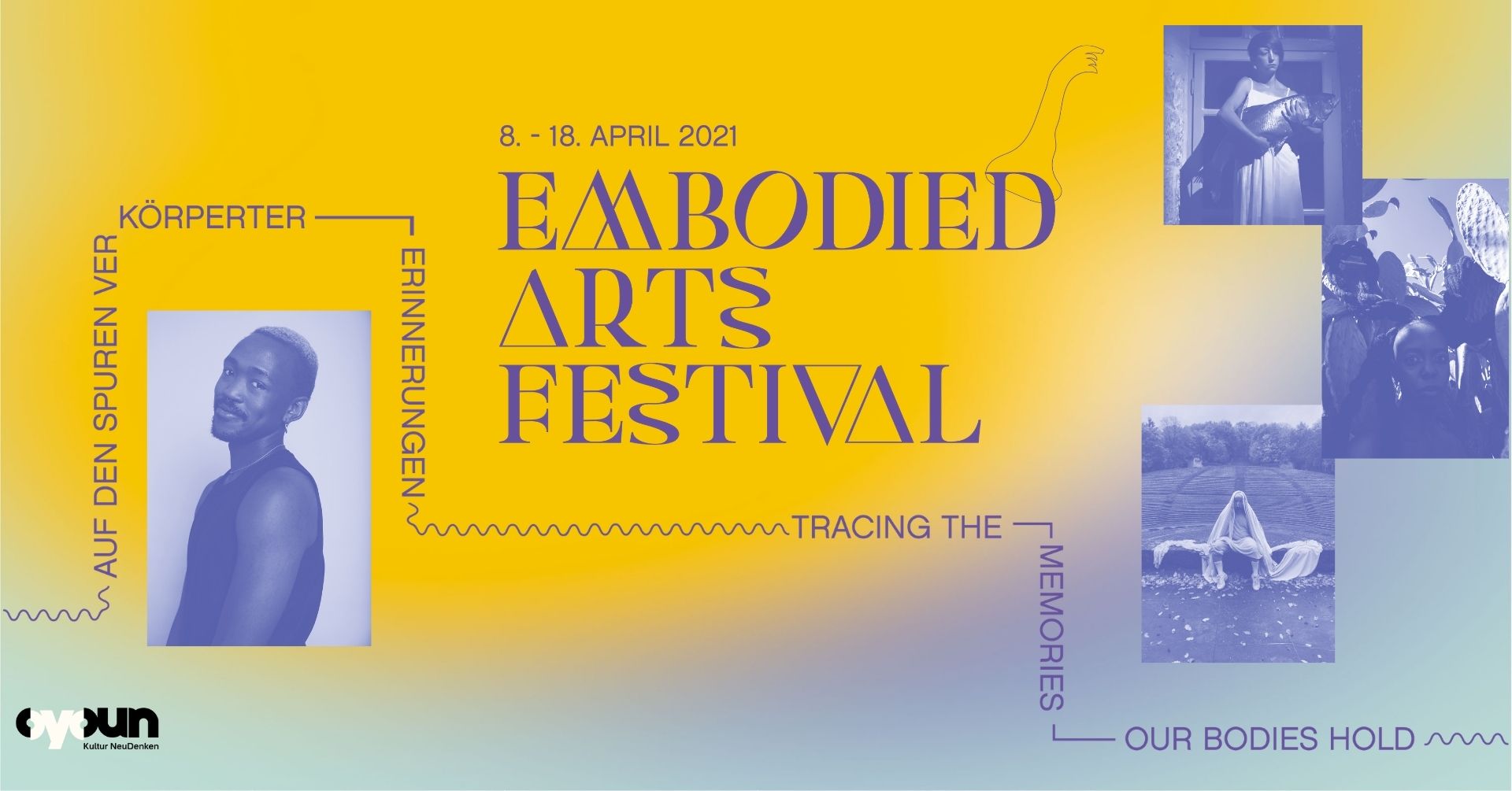 Join us for some embodied reflections during the last event of Oyoun's EMBODIED ARTS FESTIVAL before the closing ceremony:
A panel discussion about embodied and body-based practice as a generative tool for excavation and research and its potential pitfalls of reductionism and the re-application of oppressive body politics. Moderated by Kopano Maroga.

Through the diverse practices of Dr. Maiada Aboud, Ahmad Hijazi (Cyclomorphosis) and Gugulethu 'Dumama' Duma we will investigate the ways in which embodied and body based practices can serve as tools for excavation and research while also posing potential pitfalls of reductionism and the re-application of oppressive body political lenses. When is the body a map, when is it a key, when is it a cage?

Ahmad Hijazi (Cyclomorphosis),  is a Lebanese Multidisciplinary performer, a social artist , and a Masters student of Dance Movement Therapy, based in Berlin . With an academic background in performing Arts from Beirut, he’s been focusing his work on claiming more visibility for underrepresented communities such as the LGBT+ refugees community in Berlin, and creating dance/storytelling projects such as “10/01 Q-Nights : de-orientalized edition “ and QueeЯevolutions a Collective based workshops investigating the concept of queerness as modern colonial discourse on people from SWANA. Ahmad’s performances are movement,theatrical and digital pieces, proposing materials, such as old arabic manuscripts based performances, different rooted traditions,rituals,terminologies, breaking the stereotype image of what a queer arab performer must and is allowed to offer in the west. From 2017 on, he’s been walking balls as part of the berlin ballroom scene and since 2019 is a member of "Queer Arab Barty" collective and ASDIQA اصدقاء mentoring program. He performed and produced his own production in Staatstheater Darmstadt , performed in Heimathafen Neukölln , Acud Theater, Tak Theater , Oyoun, Uferstudios , Replika theater.

Dumama, born Gugulethu Duma, is a South African future folk performing artist, songwriter and cultural researcher. Inspired by issues around inequality and displacement, she is concerned with projects exploring cultural preservation, presence and contemplations on futurity. Her interests intersect as practice based performance research, and interdisciplinary, collaborative bodies of work centred around political-poetic imaginations. Reimagining folk music of ancestors, living and deceased, Dumama works with the voice, live loops, hand-made bow instruments, glitches and distortions. Fascinated by sound’s power, the tonal emergence and decay in certain frequencies and emotions evoked within these frequencies, Dumama passionately explores sound as a tool for social transformation and healing.

Dr. Maiada Aboud‘s work deals with ways that social and religious structures interconnect and influence the individual.Using endurance art, her interest in social, political, and religious issues draws on a unique and personal perspective. Born in Palestine (Arab Israeli), graduated from Haifa University, and received her education in the UK: Masters at Coventry University, and Ph.D. at Sheffield Hallam University. Her studies attempt to connect the social-cultural analysis to the individual‘s experience by way of using performance and relating it to cultural and social life. The intention is to investigate cultural identity using endurance art with the objectives to establish if these performances are linked to collective identities.

Kopano Maroga (they/them) is a performance artist, writer, cultural worker and co-founding director of the arts organization ANY BODY ZINE. They are currently living in Brussels, Belgium and working as a curator and guest-dramaturge at Kunstencentrum Vooruit in Ghent, Belgium. Their debut anthology of poetry Jesus Thesis and Other Critical Fabulations was released in 2020 through uHlanga Press. They very much believe in the power of love as a weapon of mass construction.