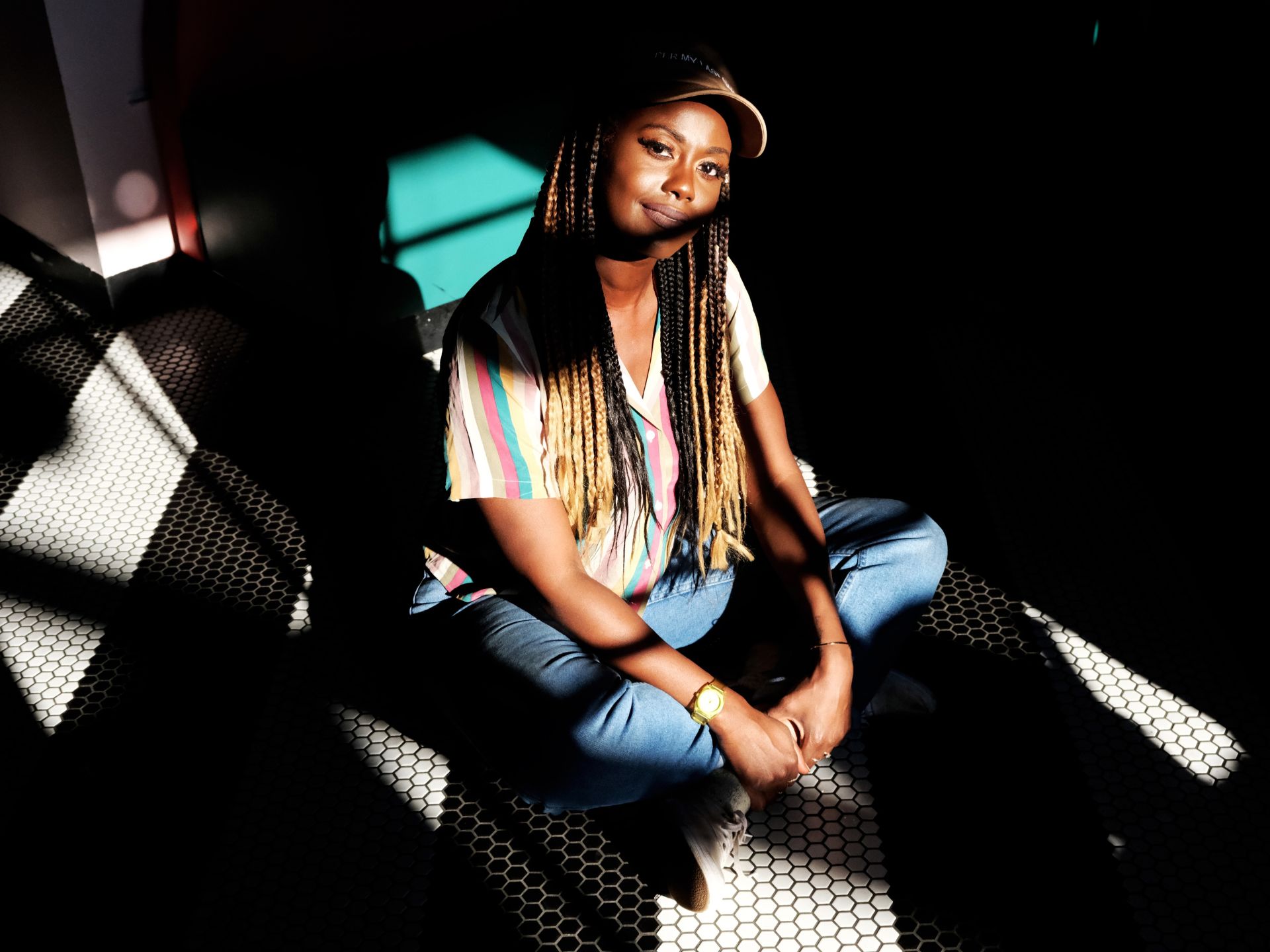 SAMMUS (Enongo Lumumba-Kasongo) is a Black-feminist-rap-artist and producer from Ithaca, NY with family roots in Côte D’Ivoire and the Congo. She received her PhD in science and technology studies from Cornell University in 2019 and she is currently the David S. Josephson Assistant Professor of Music at Brown University, teaching classes on rap songwriting and feminist sound studies. She is also a member of the steering committee for Brown’s science, technology, and society program. Since 2019 she has served as the Director of Audio at Glow Up Games, a women-of-color led game studio. In the summer of 2020 she became a member of theKEEPERS, a Hip Hop collective that is currently developing the most comprehensive digital archive to map the international contributions of womxn and girls across Hip Hop’s 50-year history.

Mushiva is a Berlin-based Namibian street poet, rapper, and technologist. One-third of the award-winning Hip Hop poetry group "Black Vulcanite" and professionally trained as a computer scientist, Mushiva uses these two experiences to access and project Afro-Accelerationist visions, the dangerous idea that suggests that a deep, rapid, and radical adoption of computer technology by African people can counteract the adverse effects of racial capitalism. His latest work, "Turbo Summation", brings these ideas to bear. Turbo Summation features a manifesto, synth-inspired hip-hop album, music film, and self-made wearable instrument that function as speculative boundary objects meant to blur the lines between reality and the imagined parallel present that runs concurrently in Mushiva’s mind.

Sir Black is a performer, painter, sculptor and the initiator of SlamImpulse series. He is co-founder of Ehalakasa, a spoken word community and co-director of Haduwa Arts & Culture Institute in Apam, Central Region of Ghana. He is very much involved in activating spoken word and poetry slam spaces, workshops and youth development projects in schools and communities in collaboration with local and international cultural institutions. Whether spoken by word, acted by movement or delivered in silence, a Verballist’s performance is never misleading, even if it’s misleading, it leads to something that was, something that is and or something that is to come. Yibor Kojo Yibor is an African currently living in Ghana.

அவ்ரீனா பிரபலா-ஜாஸ்லின் / avrina prabala-joslin (1992, Tamil Nadu) writes fiction and poetry on places, beings and times. Obsessed with memories that pervade and evade, often of childhood, avrina’s writing is an ebb and flow characteristic of her desire for the sea. avrina’s tamil being, frustrated with the english of avrina’s mouth, now writes on his own as Chella Thambi. His words though are still in avrina’s, as he is too. In addition to winning the Short Fiction / University of Essex International Short Story Prize 2021 judged by writer Irenosen Okojie, avrina’s works have been shortlisted for the Indiana Review Fiction Prize 2021, Radical Art Review Contest 2021, the Berlin Writing Prize 2019 and longlisted for the Desperate Literature Short Fiction Prize 2021. Website: www.avrinajos.net.

Nana D’Artist is a Berlin-based creative writer, who was born and raised in Ghana. He started writing around 2003. Nana's poems are inspired by the fluidity of music, personal fantasies and socio-political experiences around him and his environment. His poetry is conscious, sincere and tinged with an afrocentric imagery, giving it a unique sound to it's metaphorical delivery. In addition to poetry readings and creative writing, he also teaches Akan-Twi in an effort to preserve the Akan language and culture.

Obaro Ejimiwe aka Ghostpoet is a visual artist and musician whose work examines themes around African spiritualism, colonisation, masculinity, identity and black joy.