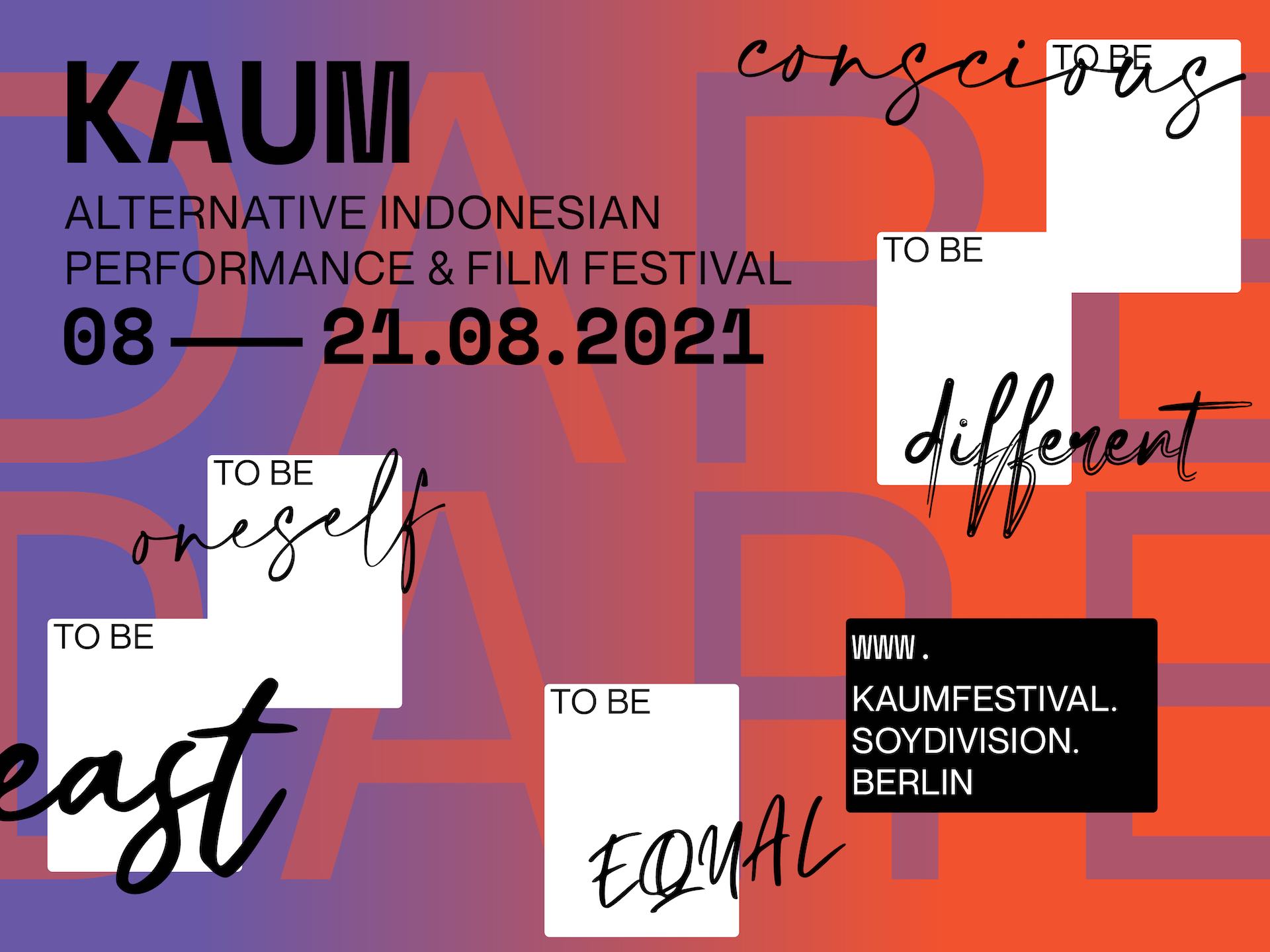 The word KAUM in the Indonesian language means a “clan” or a “community”, while in German, it means “barely” or even “marginally”.

With its more than 13 thousand islands throughout the archipelago, Indonesia is blessed with diverse clans/communities, each with its own distinctive culture. However, as a nation that claims “Bhinneka Tunggal Ika” (Unity in Diversity) as its official national motto, Indonesia still faces segregation within its diverse society: there exist the marginalized and the minority. Some of the marginalized choose to flee the country in the hope of finding a better future elsewhere. However, geographically escaping the space does not mean solving the issues, as it has veritably ingrained and became a part of one’s identity.

Soydivision is a Berlin-based independent alternative Indonesian diaspora collective with a mission to provoke a discussion about the exploration and the expression of identity through art and food. Reflecting on the issue of marginalized communities, Soydivision was inspired to expand its calling to create a platform and space for the underrepresented in a hybrid form of a performance and film festival: KAUM - Indonesian Alternative Performance & Film Festival.

Performance is the breath of Soydivision as a collective. It is often used as a medium to express the community’s concerns and to channel our responses to issues mainly related to social and climate injustice. Established and founded in 2017, Soydivision has been growing ever since, allowing the community’s family to expand, as it gets to meet and collaborate with other Indonesian and Asian diasporas, who share similar interests and backgrounds: from students, fellow artists, performers, musicians to filmmakers. We believe that we can find more innovative yet sustainable methods from these diverse universes and connections to impact and attract new audiences.

Like two sides of a coin, we see performance and film as two fundamentally interconnected parts, as they essentially carry the same notion and share similar purposes - to convey emotions. With film, the emotions are often channeled through live-action storytelling that is documented through a lens based on the actual space. On the other side, the act of performance originated and is processed internally before it is tangibly and presently expressed, regardless of where the scene occurs.

With cutting-edge screening programs for each of the festival’s categories, the festival also aims to provide a platform for Indonesian filmmakers to showcase their films in Europe. Moreover, each category will be accompanied by performances from Indonesian artists who reside in Europe as a critical and honest response towards each of the related issues. In doing so, KAUM hopes to represent those whose voices are constantly oppressed and deserve to be heard and create a space for constructive dialogues through the two perspectives.