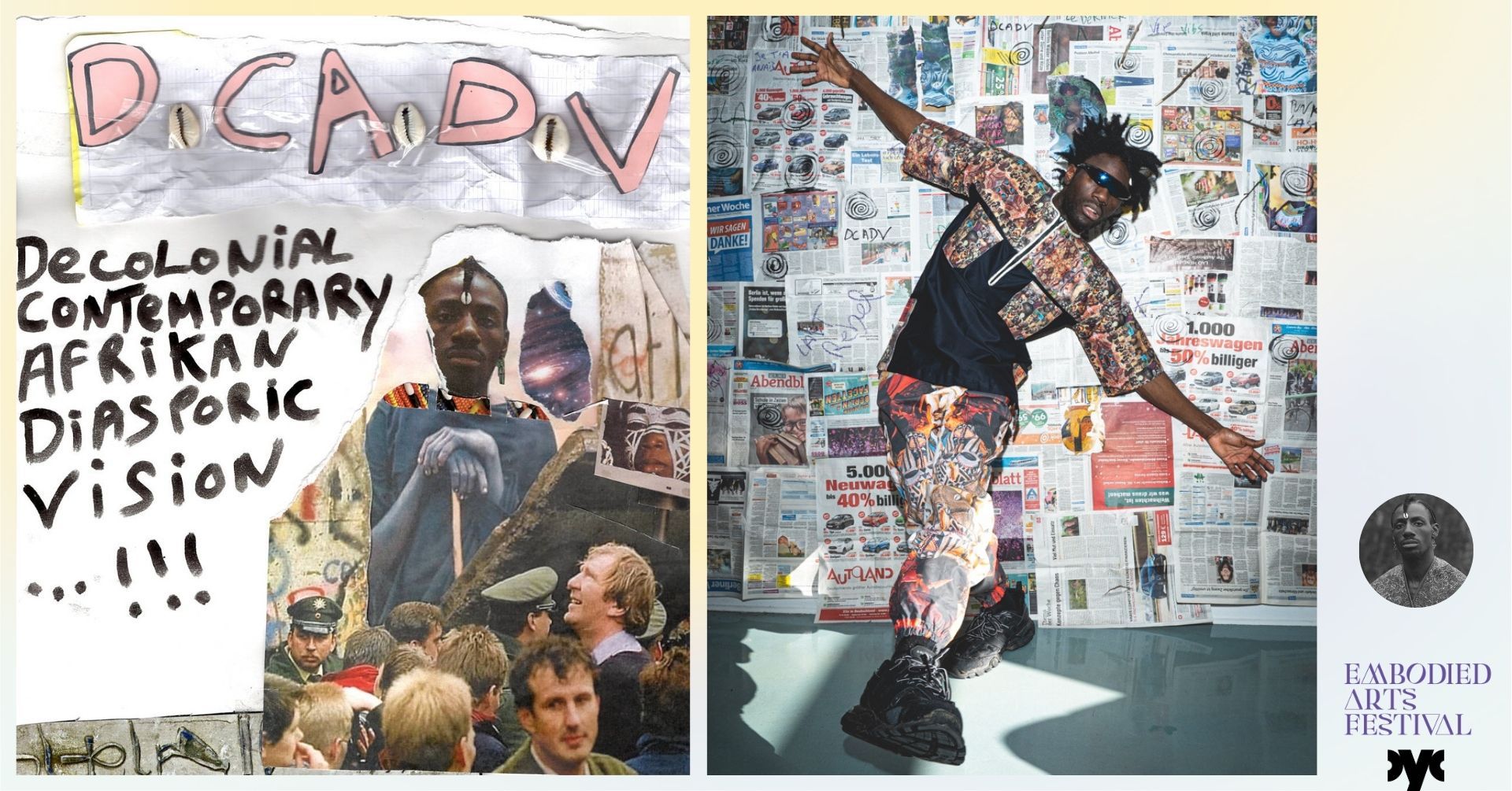 The multidisciplinary afrocentric artist Exocé Kasongo will walk the ground at May-Ayim-Ufer in Berlin-Kreuzberg, he will move, dance, act, read and sing. He will wear clothes created by Souleyman, which feature the fabrics visualizing Exocé’s collage work. The performance is the culmination of Exocé’s five-month project D.C.A.D.V (Decolonial Contemporary African Diasporic Visions), a search for identity and heritage, artistic manifestation of ‘last rebel’.

May-Ayim-Ufer is a street in Berlin-Kreuzberg, which was re-named in 2010 after the Afro-German poet, educator, and activist, May Ayim.

May Ayim was born in 1960 in Hamburg, the child of a German student and Ghanaian medical student. She wrote her thesis at the University of Regensburg, "Afro-Deutsche: Ihre Kultur- und Sozialgeschichte aus dem Hintergrund gesellschaftlicher Veränderungen" (Afro-Germans: Their Cultural and Social History on the Background of Social Change), which was the first scholarly study of Afro-German history. Combined with contemporary materials, it was published as the book Farbe Bekennen: Afro-deutsche Frauen auf den Spuren ihrer Geschichte (1986). This was translated and published in English as Showing Our Colors: Afro-German Women Speak Out (1986). It included accounts by many women of Afro-German descent. She published many other writings and worked as an activist to unite Afro-Germans and combat racism in German society. She co-founded Initiative Schwarze Menschen in Deutschland (Initiative of Black People in Germany) to that purpose in the late 1980s.