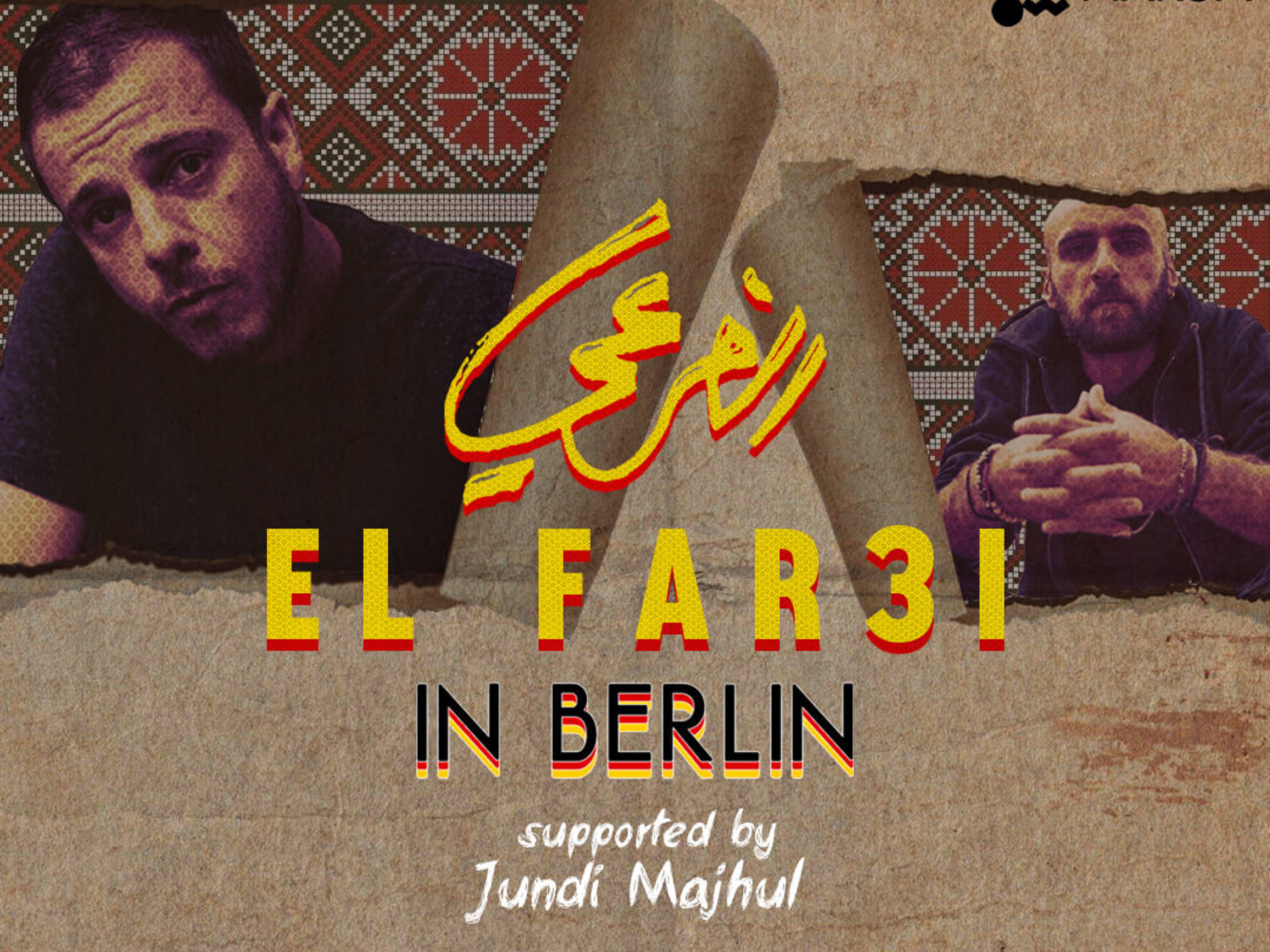 The celebrated songwriter and rapper El Far3i returns to Berlin for an exclusive show at Oyoun supported by a very special guest - Jundi Majhul. A combination of electro-acoustic sounds, jazzy grooves and powerful raps from the pioneering artists will light up Berlin for this May date.

Get your tickets here.

Encapsulating a unique combination of Arabic acoustic folk and hip-hop, El Far3i’s sound has become an iconic musical narrative expressed through numerous popular anthems and chantable earworms that echo far beyond the region of his hometown, Amman.

With a distinct voice that contrasts soulful melodies against raw verses and chants, his themes emerge from the region’s subconscious, providing a unique archive of the socio-psychological, political and personal subtexts that emerge

from daily Arab life, both back home and in the diaspora. Preserving the power of simple, yet hard-hitting grooves, he frames his thoughts through music, poetry and melodies. Such versatility and vision have also translated into him co-founding El Morabba3 and 47Soul. El Far3i still does occasional live collaborations with El Morabba3, and continues the powerful journey he started with 47Soul in 2013.

Rapper, hip-hop artist, beat maker and music composer from Damascus, Jundi is known for his jazzy hip-hop grooves mixed with Middle Eastern textures that are ampliﬁed by potent political and social content. Starting his musical journey in his early teens, he released ﬁrst solo album in 2017 before he launched his ﬁnger

drumming and live beat making project the following year. Alongside his solo work, he has gained strong recognition for his collaborations, producing beats rappers across the region, and continuing his ‘Latlateh’ project with long time partner Bu Kolthoum.