a’21: Threshold Infrastructures of Residual Spaces-I “Surplus of Destruction” 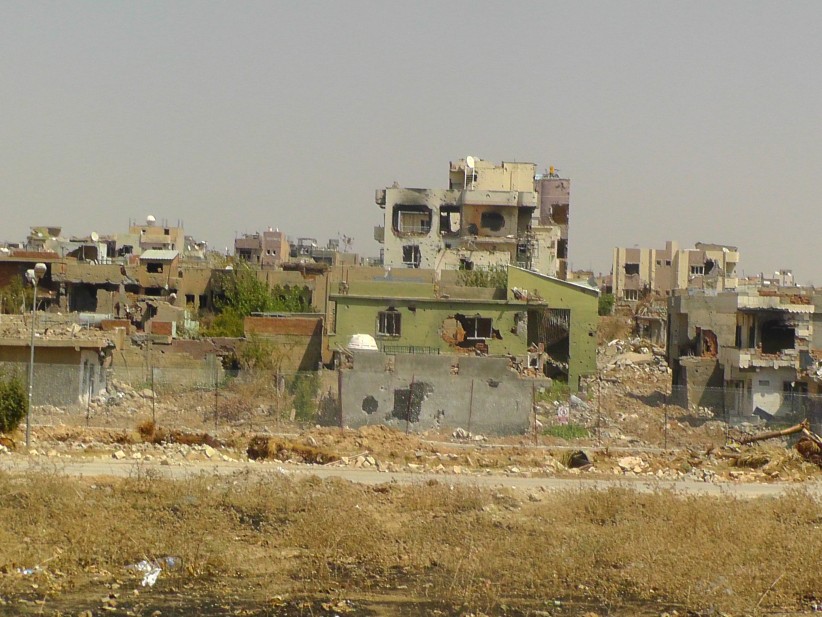 ► a'21: Threshold Infrastructures of Residual Spaces-I
“Surplus of Destruction”

Our workshop -in three parts- implicates complex cartographies of images of forced displacement and war circulating in the digital sphere. We are particularly interested in discussing the social, material, cultural, and political dimensions of digital media infrastructures and threshold infrastructures of residual spaces and related diverse issues such as counter-surveillance, transversal labor conditions, access, curation, and disruption of violence and social inequalities through visual documentation specifically open-source archives.
Infrastructure is the object between form and law as architect Keller Easterling defines: “Infrastructure is considered to be a hidden substrate—the binding medium or current between objects of positive consequence, shape, and law” (K.Easterling, 2014). Recently, the discourses of infrastructure reveal the role of infrastructure in more complex ways. Incomplete and failures of infrastructure are often related to the nature of the infrastructural functions that prolong the process of the infrastructure projects. The process becomes more important (than the complete infrastructure itself) where actors such as the state, local governments, developers, and citizens debate or negotiate, which leads to more profit and surplus. In short, instead of the complete object or presentation itself; the incomplete, the continuous failure, or the process of infrastructure becomes the vital part. Failure of infrastructure or interruption of infrastructural function brings co-existence of alternative ways of infrastructure in the network of such cities. Infrastructure as an assemblage is another current discourse of infrastructure. As geographer Stephan Graham describes: ” …urban infrastructures as complex assemblages that bring all manner of human, non-human, and natural agents into a multitude of continuous liaisons across geographic space” (Graham, 2010). We call “Threshold Infrastructure” as multiple thresholds of spaces and mediums.
The first part of our workshop focuses on the specific region in Turkey that has been witnessing intense political, cultural conflicts, urban destruction, internal migration, and psychological outcomes for over four decades. Thus, it is possible to witness the neighborhoods where buildings and humans become waste and garbage in the affected region. We present our continuous visual research that focuses on the residual space, its dynamics and representations, and the circulation of the subject and object in the towns; Diyarbakır, Mardin, and Cizre. While tracing the sociological, economic, and cultural reflections of the invisible sign and unrecorded paths that lasted from urban transformation and migration footsteps on the recorded material, the workshop takes into its center the methodologies of forensics and ge-ontologies of visual documentation.