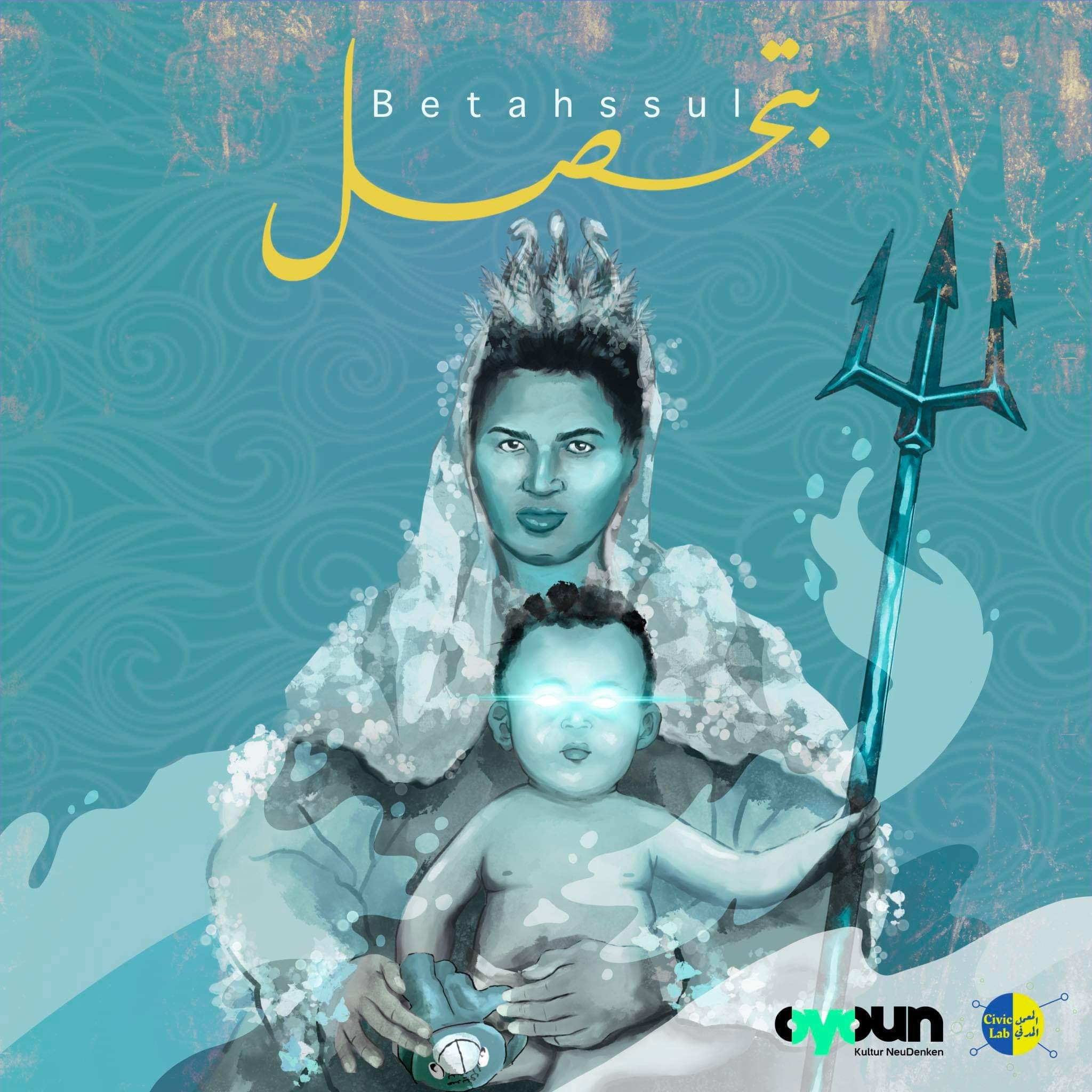 The panel discussion organised by the Sudanese rapper and activist Zeyo will happen on Oct 10 at Oyoun in the realm of the project Betahssul. The discussion will be moderated by the political activist Shadia Abdel-Moneim and the visual artist and activist Eythar Gubara and the writer and filmmaker Ibrahim Aljrefawi, alongside Zeyo. Four speakers will talk about the social and political climate in Sudan and the resistance against the Janjaweed. The government-backed militiamen gained notoriety through the brutal killing of civilians and protestors during the peaceful revolution in 2019. The discussion will be in English.

Besides the panel discussion, there will be two concerts celebrating Zeyo’s debut album: Oct 8 at Oyoun Berlin and Oct 15 at Pavillon, Hannover.

***FREE ENTRY,
5 EUR donations at the door are recommended
You can reserve the tickets here.

Zeyo
Mustafa Elsiddig, known as Zeyo is a Sudanese national, born in Wad Madani. Zeyo grew up in United Arab Emirates, in the Al-ain. He fell in love with Rap music and started pursuing it when he was 16 years old. At first, he used to write poetry but couldn’t quite grasp the flow. Although he was in love with this art, it was challenging, as he is a stutterer. Until one day he played a beat he found on YouTube, and attempted to rap on it. That’s when he discovered that he can perform, since then he hasn’t stopped.To Zeyo music is a comfort zone. As he had had a tough childhood because of his stuttering condition, he grew to get over it, through making this art. By which he learned some extra skills such as, making beats, video editing and photography. He strives towards transforming any negativity he is subjected to into a solitude that benefits his growth. His goal is to express what he, and others, go through due to freedom suppression practiced by the extremist right wing government in Sudan. He also strives towards establishing a platform in his country, to help revolutionary artists, who are not fortunate enough to practice their artistry, due to the hard living conditions that they go through because of the government.
>IG: @Zeyo.Mann

Shadia Abdel-Moneim - Panel Moderation
Shadia Abdel-Moneim, a political activist, a fierce defender of human rights, especially vulnerable groups, she is one of the founders of a number of associations and initiatives as resistance bodies to the Bashir regime throughout the 30 years of the bloody dictatorial Islamic regime in Sudan. She worked closely with a number of women's and youth groups in conflict areas for peace and justice. Today, after the revolution, she is struggling with groups of Sudanese activists inside Sudan and in diaspora in order to achieve the slogans of the revolution and establish a better reality for Sudanese people.
> Facebook

Eythar Gubara
Gubara was born in Khartoum, Sudan, and holds a degree in computer engineering from a university in Saudi Arabia. After having started as a self-taught amateur photographer at age 20, she attended several workshops at the local German cultural centre - Goethe-Institut - where she joined other Sudanese photographers, who were developing their technical and artistic skills. Her images illustrating civic engagement for human rights and specifically gender inequality of women in Sudan have been shown by internet magazines such as human rights organization Dawn MENA and by the Goethe-Institut Sudan.Further, Gubara was pictured and quoted as part of Sudanese graffiti artist Assil Diab's team, standing before a wall painting of a protester killed during the revolution on BBC News 'Africa Week in Pictures' in July 2019. In June 2020, MOM Art Space in Hamburg showed her personal exhibition 'The 3rd of June', reflecting both political events in Khartoum before the Khartoum massacre, as well as images of people living under the former Sudanese government. In 2021, she was featured among other contemporary Sudanese photographers in the French book Soudan 2019, année zéro.
>IG: @eythar_gubara_

Ibrahim Aljrefawi
A Sudanese writer, content creator and filmmaker based in Germany. He continues to study film in Hamburg Media School  as Documentary filmmaker.Ibrahim is cofounder of Work cultural group which is one of the very active cultural groups in Khartoum. Ibrahim won different film prices and awards  from DDF and South Africa independent filmmakers networks, he also have a different articles about Sudan revolution , art and cultural sense  purplished  in many local and international media outlets and digital news papers.
>IG: @aljrefawi

The project has been realized by the support of Civic Lab Sudan and funded by MRI (Martin Roth Initiative), Rosa-Luxemburg-Stiftung, Bosch Stiftung and Goethe Institute.