Food, Film, Party | Vibrations of Blackness: Connecting The Diaspora With The Continent 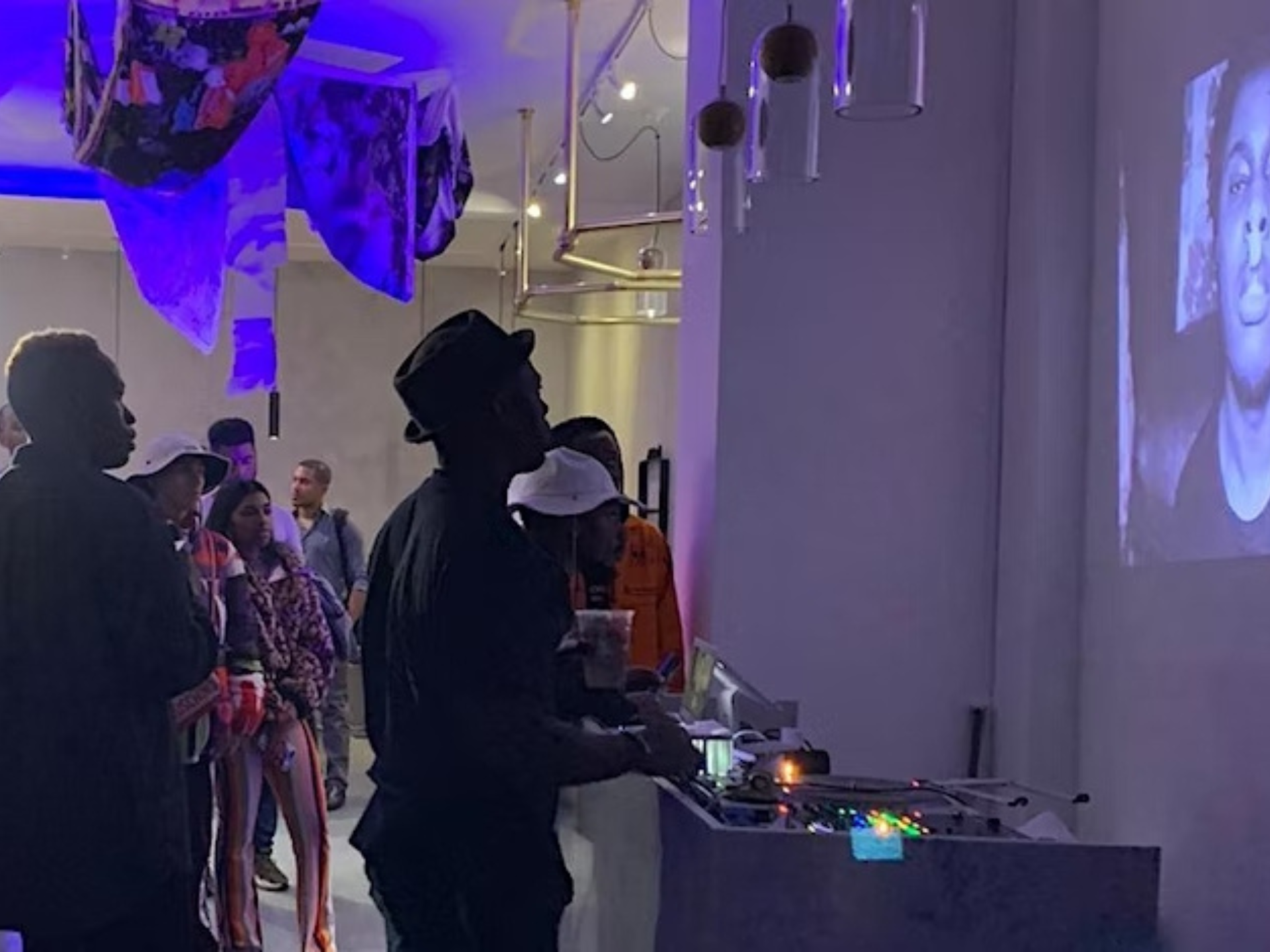 Vibrations of Blackness is a curated evening of performances, film, food and dance that connects the diaspora with the continent. In honour of Black History Month, it aims to bring the BlindianProject ethos of celebrating Black x Brown culture to Berlin with the hope of learning more about this community in Germany.

"An investment in understanding the origins of another's food tradition is a powerful means of showing love and commitment."

Food nourishes our souls and is essential for survival. In addition, it is the center and the creator of community, seamlessly bringing people of various cultures, races, religions, etc., to the same table.

Using Ugandan cuisine as a medium, which is heavily influenced by English, Arab, and South Asian culture, postcolonial conversations are never far away.

This performance art piece uses traditional food to bring people together, encouraging them to open their hearts and minds to shifting perceptions and spark conversations that aren’t always possible in a fast-moving, segregated society.

For centuries, Black x Brown people have been at the mercy of others who tell their stories. From the creation of social constructs like race to justify slavery and racial hierarchies to minstrel shows and negative depictions of Africa, we can see the cynicism created when Black and Brown people don't own their narratives.

Those on the frontline of the fight against white supremacy and institutional racism realize that allyship is essential to win this battle. However, they often wonder if they are savvy enough to raise our voices.

Six short films centering the Black experience were curated from the U.S.A, Canada, U.K. and Uganda after a worldwide open call. After watching each film, the audience is asked to determine which perspective the film was created from. By starting a conversation around how we perceive our communities, you can consider what intentional solidarity looks like.

"Music is a cultural element that simultaneously evokes strong memories and cuts across barriers such as race, class, religion, gender, etc. while bringing people together."

The selectors for the evening, consisting of both local and international DJs, will traverse a diverse range of sounds from Kingston, Jamaica, to New York City, to Accra to Mumbai, and other far-away places.

Strugging to afford tickets? Reach out to BlindianProject2020@gmail.com to discus paying what you can **

Pretty Gang is an all-women DJ collective from Berlin. Founded in 2021, Pretty Gang quickly gained popularity with their fun shows, which combine music and dance. In 2022 Pretty Gang played the well-known HÖR Berlin format and made history by being the first DJs to represent authentic Dancehall and Soca music on the platform. The collective was founded to combat the lack of visibility of FLINTA* and BIPOC* from the Caribbean & African diaspora in the German Dancehall & Soca scene and is looking to welcoming more members in the future.

Pam bam is a Berlin-based music selector who began her journey in Ghana. When she stood behind the decks for the first time in Accra, it was all about sharing her passion and love for good music – especially Old School Hip Hop and RnB. Spending almost two years in Ghana, she encountered Afrobeats and Afro House — which has influenced her djing to the bone. Her musical selection is East & West coast meets electronic dance music from African metropoles such as Lagos, Accra, Luanda, and Johannesburg. Linking her Hip-hop background and African roots together, Pam Bam has a unique and boppy sound that no one can resist dancing to. #PAMBAMSOUND
For Pam Bam, it is all about making people dance, losing themselves in time and space, and sharing and promoting the richness of African contemporary music across the globe.

Hailing from East Kingston is Jamaican is music producer, Gavin “Gavsborg” Blair; Gavin has been producing under the label Equiknoxx Music for over ten (10) years. Gavin's diversity and lefteld approach to music production has afforded him the ability to work with a vast number of artistes both locally and internationally, some of which are: Aidonia, Busy Signal, Vybz Kartel, Spice, TOK, Alozade, Chico, Sizzla, Capleton, Kabaka Pyramid, Masicka, Shanique Marie, Kemikal, De La Ghetto, Missy Elliot, Shontelle Layne, Ky-Mani Marley & many more. 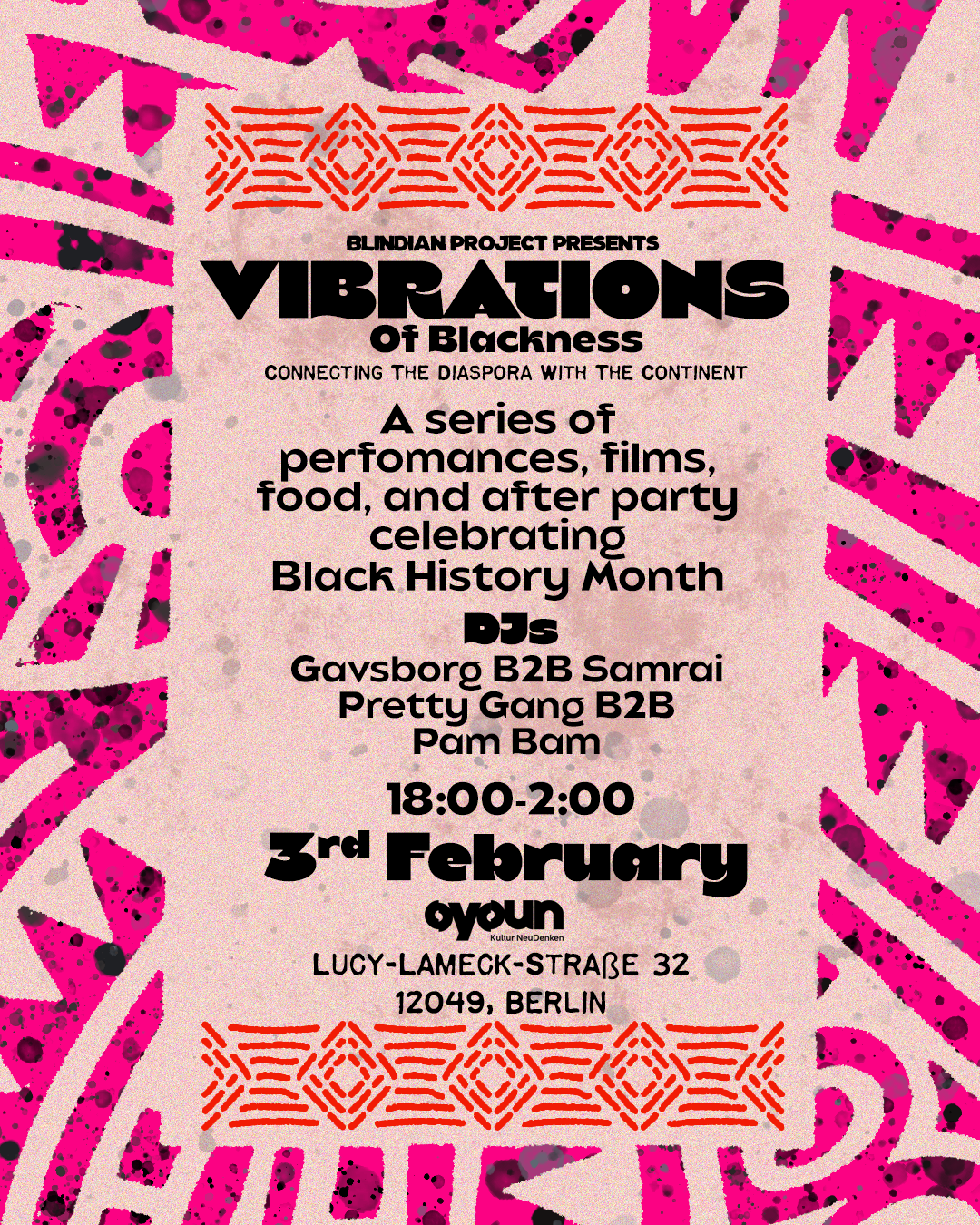