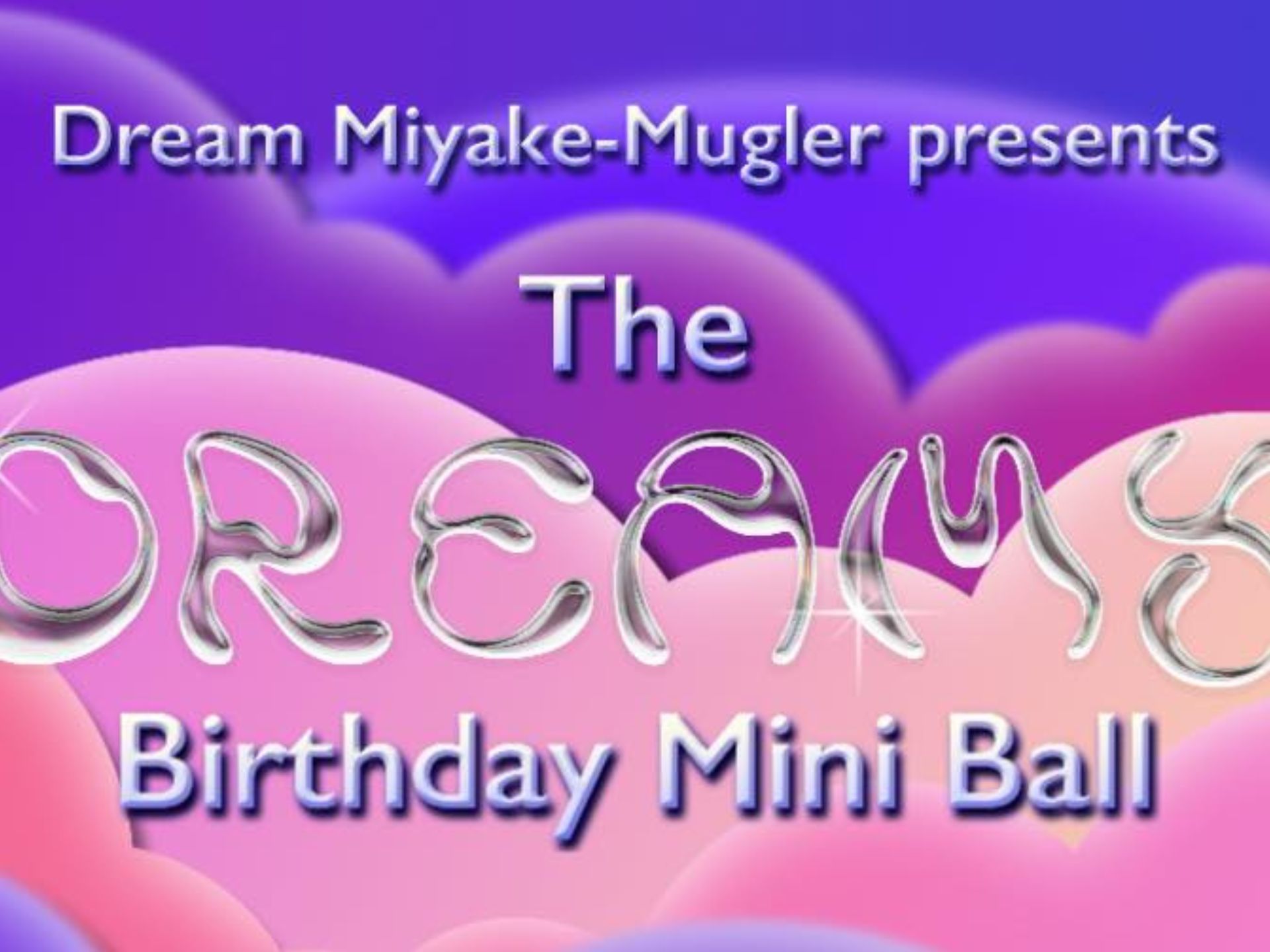 From Creamy to Steamy to Dreamy - you know it will be a blast!

Tickets for spectators and participants at the door. Cash only!

Registration for ppl that WALK the ball here

Design and animation by @maxiwfischer

Beginners Runway OTA - Icon Diva Davanna Miyake-Mugler
- The youngest Icon of ballroom! She’s been on the runway ever since she was a kid. Bring it inspired by this famous video of her, walking in a golden outfit inside of a huge plastic ball. We wanna see gold n plastic. https://youtu.be/aPWk8JUuw_4

MF Realness - Legendary Founding Father Charly Gaultier-Brown
- When my Father Charly opened the House of Gaultier-Brown he had a vision: a black n brown house with a refreshing and seductive vibe. Tonight we wanna see you bring it in a full brown outfit. Don’t forget to refresh and seduce us with your REAL personality. (Shoes + accessories don’t count)

FF Body - German Mother Ambrosia Gorgeous Gucci
- The German Bombshell is known for loving the ocean but also for making us all wet - over and over again! Tonight is your night to dive into an ocean inspired look. No this doesn’t mean baby oil is enough this time. We wanna see clear water references and the color blue!

Beginners Performance OTA - When I grow up
- We all had a dream job when we were little. Bring it in an outfit inspired by your dream job! No police/military etc outfits tho.

FQ Realness - Overall Mother Icon Toya Ebony
- This phenomenal lady can do it all. From Big Girls Face in opulent dresses to FQ Realness in a white T-Shirt and sneakers - she will make you gag AND probably she’ll make you lose too. Stunningly beautiful, with a heart of gold and absolutely real! Tonight you gotta bring it in a white T-Shirt and sneakers to show us, how effortlessly real you are.

VF Soft n Cunt vs Dramatics - Sweet Dream vs Beautiful Nightmare
- Softies bring it in an angel look and drama queens bring it in a devil look. Who will win this fight? Good or bad? Dream or Nightmare?

MF Body - Dutch Father Cherry Oricci
- He is one of hottest bodies and is collecting trophies everywhere. The name says it all: bring it in a cherries inspired look and include the colors green and red. My mother is also known for his creative effects... you better bring it.

Face OTA - Legendary Leyna Bloom 007
- This beautiful woman is one of my biggest idols. She’s a ballroom legend and a movie star. When I saw her in Paris I literally started to cry because her beauty is out of this world! Be inspired by her floral effect at the Latex Ball 2015. https://www.youtube.com/watch?v=oeDhOQLL82A

Best Dressed OTA - European Father Kendrick Miyake-Mugler
- Bringt it inspired by THE best dressed of Europe. At the Aga Mission ball he brought it in a dreamy purple look with a mask on - and tonight we wanna see you do the same.

Eros walked his first ball three years ago in Berlin, just before he moved there to dive into the ballroom scene of Germany. He started to make his first steps as part of the Iconic International House of Saint-Laurent. During his first year he won the European Award for „All American Runway of the year“, at the Galaxy Ball in Paris by Legendary Father Charly (Ebony) Gaultier-Brown. From time to time he tried several categories and won grand prizes in 10 different categories, in 5 different countries. He organized a few ballroom events in Germany and judged internationally. After being in the house of Ebony for almost 2 years he just debuted as a 007 in Paris, where he again snatched two trophies. He is undefeated in Germany since almost 1,5 years and collected over 50 trophies in total. His goal is to become known for European Runway, All American Runway and Runway with a twist - which is his main category - but also for his community work, projects and events that he wants to realize in the future. Till now Eros has been part of several campaigns, interviews, TV shows, Performances, Panel Talks etc. in connection to his Ballroom Career. For 2022 he already planned a few events and ballroom trips, but his excitement for the ballroom youth project that he is co-initiating in Berlin, is the biggest.