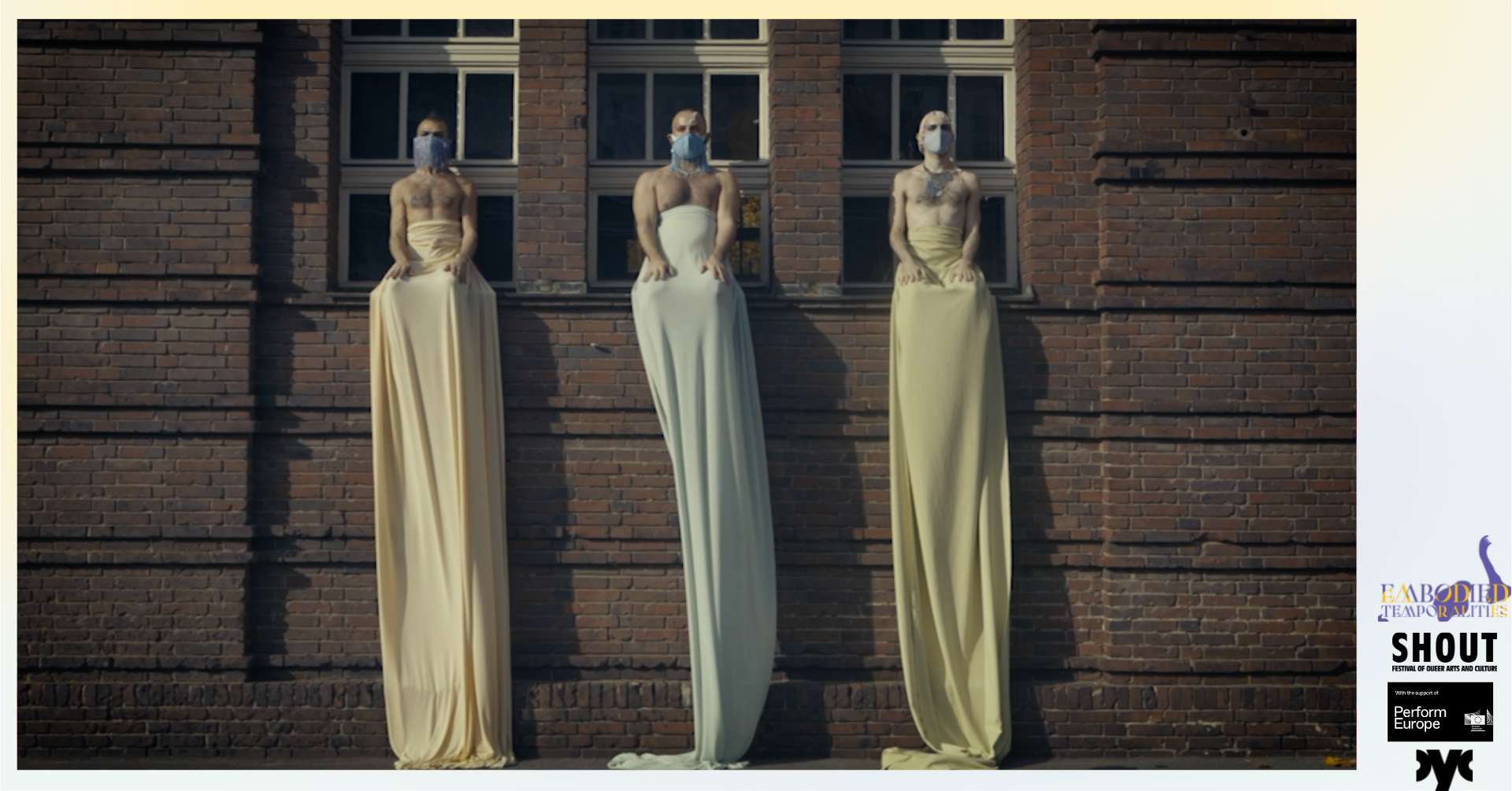 QueeЯevolutions is a short film by Ahmad BaBa that rethinks queerness as a colonising tool, shaped by its Western, mainstream vision. Ahmad investigates often misinterpreted queer identities from the SWANA region (South-West Asia and North Africa), disrupting the notion of singular and one-dimensional queerness. It´s about questions like: When do we get a chance to investigate and express our queerness in our own way? How can we develop a language to speak about our complex identities? Why do we identify with a supposed „Pride“ that we haven’t achieved ourselves? These and other questions were raised by the participating artists, who each seek in different ways within their practices to revolt against the normalising process of a one-dimensional „queerness“, looking for ways to express, explore, and share unheard voices and unknown histories, and who come together in struggle.

The project took place as a series of collective workshops „for us by us“ with a wide range of artists presenting themselves on their own terms. Able to represent themselves outside the white gaze, the artists approached the experimental space of the project as a laboratory for sharing and reflecting on their experiences and ideas and as an occasion to develop collaborations with other QBIPOC individuals.

QueeЯevolutions from Ahmad BaBa on Vimeo.

Mansur Ajang, Ahmad's assistant director, is a performer, director and coach working with marginalised communities in Berlin. One focus of his work is theatre productions with long-term unemployed people that unleash the potential of people in social and economic circumstances through artistic creativity. He was trained at the Elisabethbühne of the Schauspielhaus in Salzburg. First engagements followed at the Theatre of the Young World in Leipzig, Staatstheater Darmstadt and Ballhaus Ost Berlin. He is a member of the ensemble of the Magdeburg Theatre since 2022. Ilk is his second production with the performance artist Ahmad BaBa.

Ahmad BaBa is setting a ground for investigating identities on the level of bodies. The 10-day residency, as part of SHOUT festival’s programme for LGBT History Month in collaboration with Midlands Arts Centre, will combine the dual disciplines that Ahmad is engaged in: performing arts and dance therapy. His work focuses on claiming more visibility for underrepresented communities such as the LGBT+ refugee community in Berlin, and creating dance/storytelling projects.