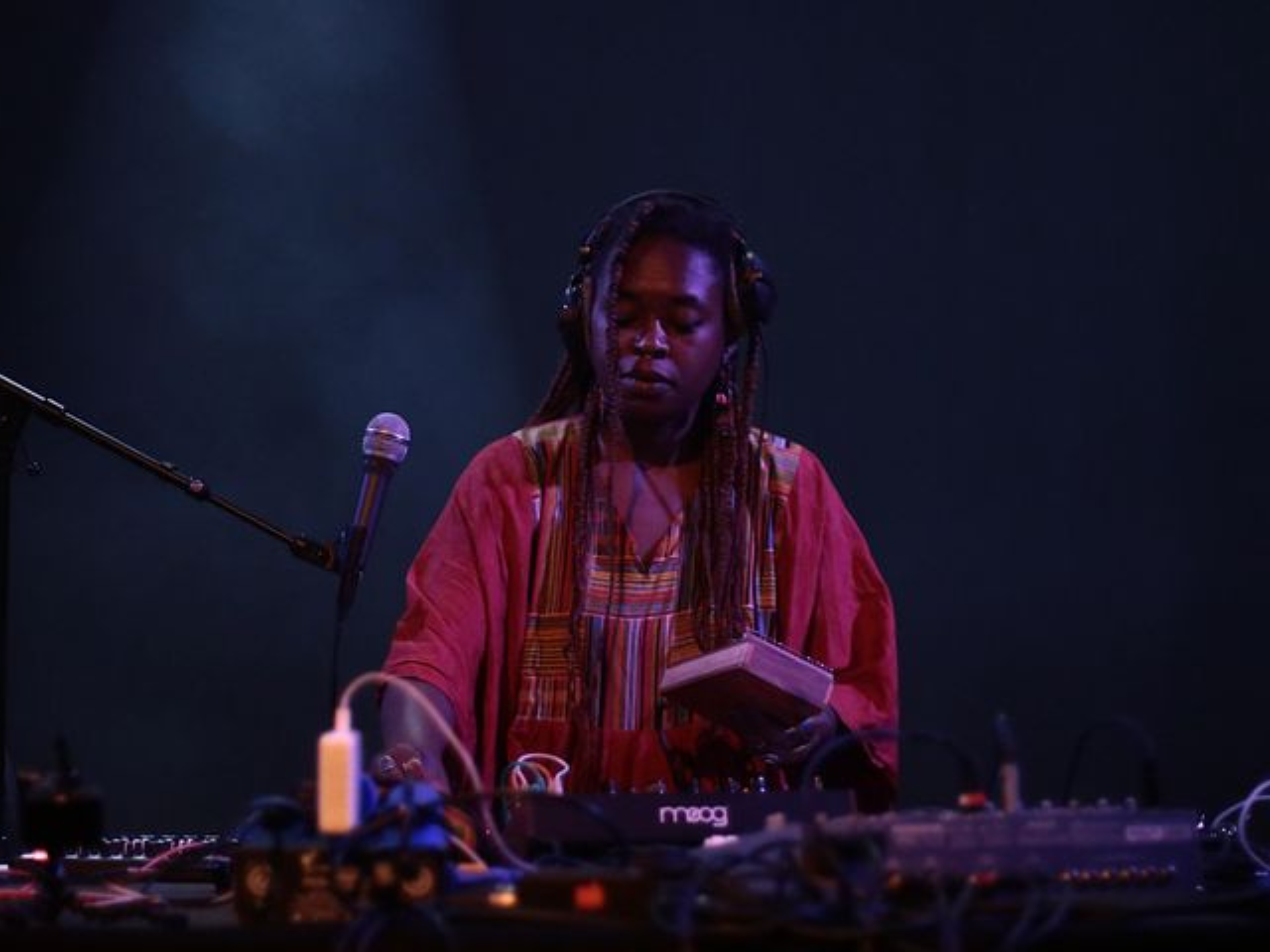 Douniah creates art that breaks boundaries. Her sense of aesthetics is reflected in both her music and her visual productions. Her sound reflects Gnawa and Northafrican jazz as well as soul, jazz, hip-hop and poetry. In her work, Douniah illuminates herself and her surroundings with a critical and strong voice. She combines her perspective and observations on identity, belonging and mental health in her lyrics. Born in Agadir, Morocco, raised in Hamburg and now Berlin-based, the German-Moroccan released her first project - "Dream Baby '' - in 2019 on Cologne-based label Melting Pot Music together with producer High John. A collaborative album heavily influenced by jazz samples, neo-soul and poetry. She either produced or co-produced the music videos for the project. This was most recently the case for Ebow's single "Friends'', which was released in summer 2020. Douniah is also part of the Berlin collective Out Of Time Embassy and worked on the "Are You For Real" project for IFA. She has also made a name for herself as a feature guest on tracks by Farhot, 2Kings and AgaJon. She graced the cover of the Spotify playlist "Butter''. As a pre-act, Douniah played shows with Children of Zeus and accompanied Sudan Archives and JuJu Rogers & Negroman on tour. She is currently working with Berlin producer Dhanya (Modha, Juju Rogers) on her first solo EP, which will be released on Melting Pot Music in 2023.

Damian Soul is a Tanzanian singer, songwriter, composer and guitarist. Born and raised in Dar es Salaam’s cultural melting pot Sinza, Damian is one of the most talented musicians in East Africa, performing a variety of musical styles such as Afro Soul, Afro Jazz, R&B, and Bongo Flava fusion.

Street musician and singer songwriter MTCHL rarely leaves home without a guitar or skateboard. The 24-year-old from Heilbronn lives in Berlin and learned to play guitar at the age of 12 and wrote her first song at 16. Her English lyrics are self-reflective and socially critical, her sound inspired by rnb artists like H.E.R., PJ Morton, Kehlani and SiR. She is currently working on several singles and an EP.

Elsa M'bala was born in Yaoundé, the capitol of Cameroon. Her family moved to South-West Germany, where M'bala visited an international school and learned to express herself in various languages. In 2009 M'bala co-created the Pan-African feminist poetry duo „Rising Thoughts". From 2012 to 2016 she moves back to Cameroon where she developed a new artistic language, between visual and sonic explorations. Her current work uses voices and online samples in the form of transcoding, code switching and algorithms patterns, building a fine print of electronic griotage reaching from the past into the future. Mixing analogue and digital sound machines as well as electronic and acoustic instruments to experiment with speeches, rituals and poetry. Elsa M’bala work Addis’63 is a sound performance that explore the complexities and dualities of life, always torn between the aim to balance the inner with the outer world, the spiritual quest for identity. Using the total submergence of electronic sound and the rhythmical properties of Ekang/Bikutsi rhythms of the Beti people of central Africa to help us reconnect with the mythological, the spiritual and the imaginary. As the philosopher Mudimbe said, Africa is an invention, for that matter Africans have to (re-)invent themselves.

Yèni is a musician with roots in Guinea, Ghana and Germany. Her love for music was influenced by her musical family, including her father “Linguist”, a founding member of the hip hop band Advanced Chemistry. Yèni has been singing, playing the guitar and the piano since childhood. She is a lead singer and composer in the Pan-African band Origin, based in Conakry, Guinea. Yèni is known for her sweet voice and her broad musical repertoire, including Soul, Afrobeats, Reggae, and House.

Feyisike Adetula (Ayansike) is a 17 year old creative talking drummer, who started playing the gangan (talking drum) at about 11 years old. Her dream is to infuse contemporary art with the talking drum, a feat she is thriving at. Prior to relocating to Germany, she travelled a lot within Nigeria playing the drum at different places, concerts, palaces and private events.
Ayansike won the African Youths Entrepreneurship battle of the bands 2019.