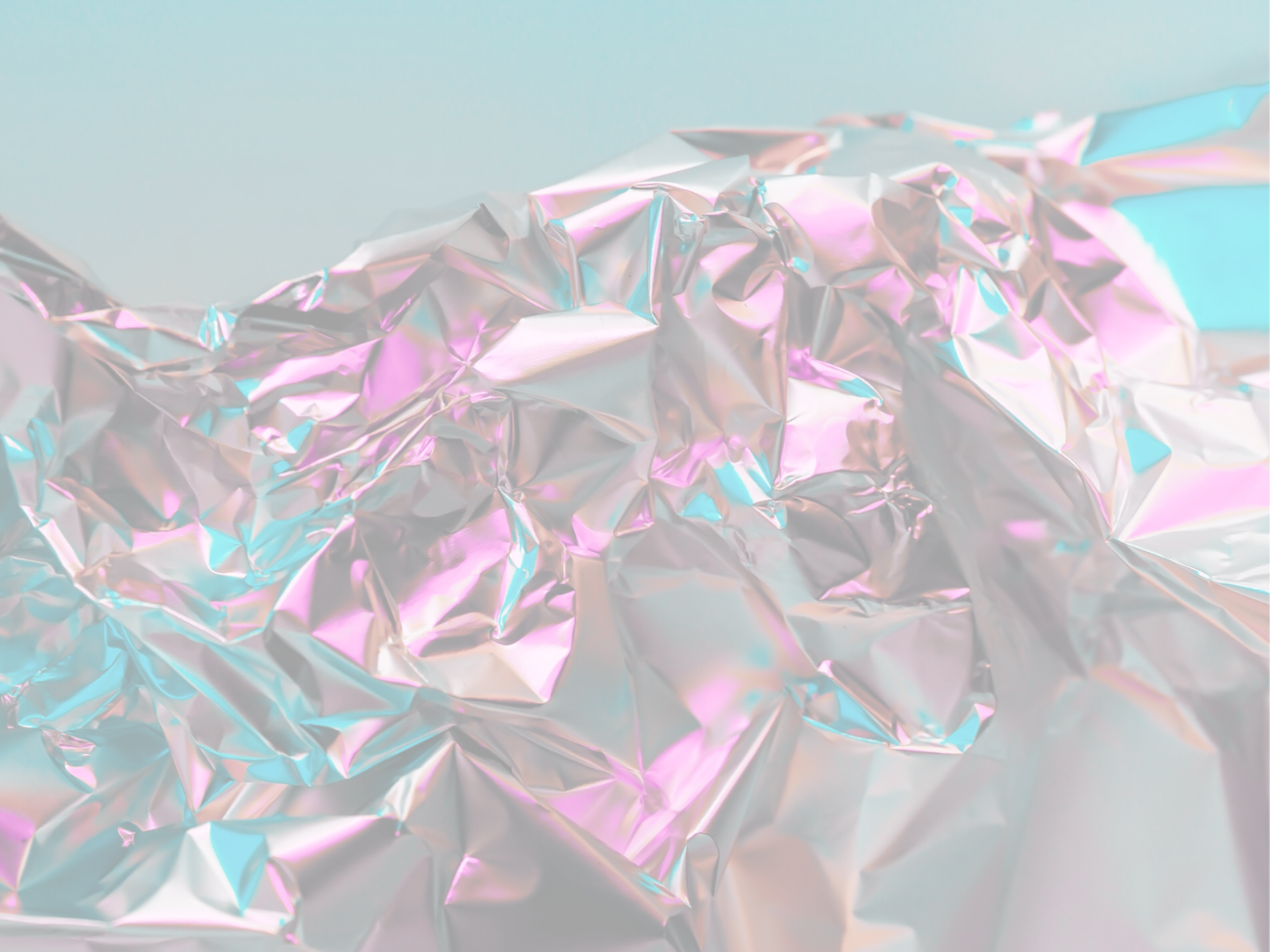 The three-day academic, activist and artistic gathering focuses on the representational strategies, practices and histories of living together in the so-called multicultural and multi-ethnic societies in the Global South and within Europe. We draw attention to what Fathima Tobing Rony calls visual biopolitics whereby visual representation determines which lives are made to matter more than others, “who is visible and who is invisible, … and who is protected and who is not” (Rony, 2022). Proceeding from this, we examine contexts of segregation, integration, friction and minoritization to offer new insights into religious divisions and secular ambiguities. We are particularly interested in approaches that are concerned with aesthetics, images and iconicity, to explore how looking becomes closely intertwined with living.

While the controlling look or gaze has been central to the way in which the gendered, racialized and colonized body has been made visible, we also seek out what Paula Amad refers to as the visual ripostes (Amad, 2013), evident in powers relations embedded in imperial, postcolonial and global antagonisms. This three-day event is organised by "Beyond Social Cohesion:

Lecture by Hannah Tzuberi (Freie Universität Berlin): Re-Humanizing the Figure of the Jew, or An Excavation of German Travel-Guides to Israel from the 60s to Today
Respondent: Nahed Samour (Humboldt-Universität zu Berlin)

Ezgi Irgil (Swedish Institute of International Affairs): “All That is International is Also Local: Assessing the Domestic Impacts of Turkey’s Coercive Migration Diplomacy“

Selin Siviş (University of Bristol): “The Use of Cultural Repertoires of Everyday Nationhood and Citizenship in National Identity

Boundary-drawing: A Case Study of Syrian Refugees in Turkey”

Panel: Women and Gender in the Kurdish Struggle (coordinator: Off-University)

_Adelaide Ivánova is a poet and housing activist from Pernambuco, Brazil. In 2018 she won the Rio Literature Prize for her fifth book, "the hammer", which was published in Brazil, Portugal, USA, United Kingdom, Germany, Argentina and Greece. In 2020 she was nominated for the poetry awards Derek Walcott and National Translation Awards. Her 10th book, "chifre", was published in 2021 and it's first translation will be published in the USA by Tripwire Pamphlet Series in 2022. She lives in Germany since 2011 and is active in Deutsche Wohnen und Co. Enteignen since 2019.

_Angelica Freitas is a poet from Brazil. She has published three books of poetry: "Rilke Shake", "Um útero é do Tamanho de um Punho" (A Uterus is the Size of a Fist) and "Canções de Atormentar" (Tormenting Songs), the first two published in Germany and translated by Odile Kennel. Her poems have been published in Granta, Poetry, Alba, and Modern Poetry in Translation. Rilke Shake was translated into English by Hilary Kaplan and won the Best Translated Book Award in 2016. Freitas came to Berlin with the DAAD Berlinerkünstlerprogramm in July 2020 and has lived here since.

_Barbara Marcel is a visual artist, filmmaker, and researcher interested in the cultural roots of nature, in the epistemological crossroads between Brazil and Germany, and in the various colonialities that to this day extractively pervade the territory of Latin America. She has been living in Berlin since 2009 and is currently one of the 12 Berlin Artistic Research Grant Program Fellows 2022-23. Since 2021 she teaches at the MA Future Ecologies, Institute of Visual Arts at the Faculty of St. Joost, Avans University of Applied Sciences in the Netherlands.

_Delal Aydın is a Philipp Schwartz Initiative fellow in the Institute for Turkey Studies at the University of Duisburg-Essen. Before coming to Germany, she was a postdoctoral researcher in the Faculty of Political and Social Sciences and a research fellow at the Center of Social Movement Studies, both at the Scuola Normale Superiore. She received her Ph.D. in sociology from the State University of New York at Binghamton. Her work focuses on the forms of community making in the Kurdish national struggle against the Turkish state’s symbolic and physical violence. Aydın’s research interests span political sociology, theories of the state, subject formation, social movement theories, youth studies, standpoint epistemology, race, and ethnicity.

_Ezgi Irgil is a Postdoctoral Research Fellow at the Swedish Institute of International Affairs (Utrikespolitiska Institutet). She received her PhD in Political Science from the University of Gothenburg, Sweden. Prior to pursuing her PhD, she worked as a Research Assistant at the Migration Research Center at Koc University (MiReKoc). She got her MA diploma in International Affairs from the George Washington University, Washington, DC, and her BA diploma in Political Science from Bogazici University, Istanbul, Turkey.

_Faisal Devji is the Professor of Indian History at St Antony's College, University of Oxford. His research interests lie in the intellectual history and political thought of modern South Asia as well as in the emergence of Islam as a global category. He is the author of four books, Muslim Zion: Pakistan as a Political Idea (2013), The Impossible Indian: Gandhi and the Temptation of Violence (2012), The Terrorist in Search of Humanity: Militant Islam and Global Politics (2009) and Landscapes of the Jihad: Militancy, Morality, Modernity (2005).

_Fritzi-Marie Titzmann has joined RePLITO in May 2021. After receiving her PhD from Humboldt University in 2013 with a dissertation on the Indian online matrimonial market, she has been working at the Institute of Indology and Central Asian Studies at Leipzig University (2014-21) and held a guest position at the Institute of Asian and African Studies, Humboldt University Berlin, in 2019. Her research focuses on gender, media and social change in contemporary India. She has published on questions related to family, sexuality, social activism and media representations in the South Asian context.

_Hannah Tzuberi studied Jewish Studies and Islamic Studies at Freie Universität Berlin and was a research assistant at the Institute for Jewish Studies (FU Berlin). Currently she is a post-doctoral researcher in the collaborative research project "Beyond Social Cohesion. Global Repertoires of Living Together (RePLITO) at FU Berlin. She is the co-editor of "Jewish Friends: Contemporary Figures of the Jew" (Jewish Studies Quarterly 27:2–3, 2020) and is working on a book-project titled "Reviving Judaism, Reviving the Nation: Post-Holocaust Imaginaries of the (German) Nation-State." Her research interests include contemporary European Jewry, nation-building, collective memory, religion and secularism.

_İrem Akı studied law at Ankara University Law Faculty where she had her master's and Ph.D. She worked as a research assistant at Ankara University, Faculty of Law (2009-2017). In 2017 she was dismissed because she signed the Peace Petition. Until July, she worked as a post-doc fellow at Marburg University, Centre for Conflict Studies. Her research interests are peace-building, transitional justice, transformative justice, and feminist and queer theory.

_Juliana Streva is an interdisciplinary researcher, lecturer and experimental filmmaker, originally from Brazil and currently based in Germany. Her work lies in the conversation between critical legal studies, social sciences, philosophy and arts, by engaging with antiracist, feminist and anticolonial (onto)epistemologies. She is currently a postdoctoral fellow and lecturer at the Sociology and at the Lateinamerika-Institut from Freie Universität Berlin, part of the project "Global Repertoires of Living Together", supported by Berlin University Alliance.

_Mallika Leuzinger is a Fellow in Colonial and Global History at the German Historical Institute London. Her research explores popular practices of photography and, more recently, of archiving and doing history, based on which she is putting together the monograph Dwelling in Photography: Intimacy, Amateurism and the Camera in South Asia. She holds an MPhil in Gender Studies from the University of Cambridge and PhD in History of Art from University College London and was previously at Princeton University and Humboldt Universität zu Berlin.

_Nagehan Uskan studied Cinema at the University of Bologna and Sociology at Mimar Sinan Fine Arts University. She works on video and documentary cinema, image and self-representation as a form of activism. She is based in Lesvos Island in Greece and produces collective videos with migrant self-organised collectives. She teaches Filmmaking in Exile at the Department of Gender and Media Studies for the South Asian Region (IAAW) at Humboldt University (Berlin), affiliated with Off-University. She also works as a film programmer for different institutions and festivals. She is a Visiting Fellow at RePLITO (Humboldt University Berlin) from September 2022 to February 2023.

_Nadja-Christina Schneider is currently professor of Gender and Media Studies for the South Asian Region (GAMS) at Humboldt-Universitätzu Berlin. At HU, she is also the project leader and co-speaker of the BUA-funded research project "Beyond Social Cohesion - Global Repertoires of Living Together (RePLITO)".

_Nahed Samour is Fellow at the Law & Society Institute, Faculty of Law, Humboldt University Berlin. She has studied law and Islamic studies at the universities of Bonn, Birzeit/Ramallah, London (SOAS), Berlin (HU), Harvard and Damascus. She was a doctoral fellow at the Max Planck Institute for European Legal History in Frankfurt/Main. She clerked at the Court of Appeals in Berlin, and held a Post Doc position at the Eric Castrén Institute of International Law and Human Rights, Helsinki University, Finland and was Early Career Fellow at the Lichtenberg-Kolleg, Göttingen Institute for Advance Study. She has taught as Junior Faculty at Harvard Law School Institute for Global Law and Policy from 2014-2018.

_Prarthna Singh is a photographer and a visual artist whose work explores questions of identity and gender, especially as they intersect with the fraught politics of nationalism in contemporary India. Her images reflect on the economic and political trajectory of the country, drawing connections between feminine precariousness and vulnerability, on one hand, and radical acts of strength and solidarity on the other. She lives and works in Mumbai, India and has recently self-published her book Har Shaam Shaheen Bagh: One Hundred Days of Resistance. Her work has been published in Time, The New York Times, FT Weekend, The Economist, The Guardian, The Wall Street Journal, and Bloomberg News.

_Salma Siddique is the Principal Investigator of a DFG-funded film spectatorship project “Nitrate Cities” at Humboldt-Universität zu Berlin. Her research has been published in the journals Comparative Studies of South Asia, Africa and the Middle East, Feminist Media Histories, Third Text and Bioscope: South Asian Screen Studies. Her first monograph Evacuee Cinema: Bombay and Lahore in Partition Transit (2022) is forthcoming with Cambridge University Press. She is an editor of the film and media studies journal BioScope: South Asian Screen Studies.

_Selin Siviş received her PhD from the Department of Sociology, at the University of Essex, in 2021. In her research, she focuses on how the boundary-making process takes place in multiple forms from perspectives of host population towards refugees and asylum-seekers in the informal market economy. She recently worked as post-doctoral researcher for a HORIZON 2020 funded project, titled "MIRROR" at the Department of Communication, University of Vienna. She also held visiting research fellow positions at the University of Konstanz, Germany, Yaşar University in İzmir and Çukurova University in Adana, Turkey. Her areas of interest include cultural sociology, international migration, informal market economy, local labour market integration policies, welfare deservingness, multiple forms of exclusion, aspirations and boundary-making. She published articles in Journal of Ethnic and Migration Studies and International Migration.

_Zahra Gardi is a photographer and video-maker based in Berlin. Her early short films centered upon issues dealing with gender inequality and challenges faced by young children at risk in her home country of Afghanistan. Between 2018 and 2022 she was part of different video collectives as Refocus and Kino Wish in Lesvos Island and Athens and produced videos dealing with the different aspects of migration issues. Zahra was also part of the team that produced the 1000 Dreams photography series, which has been widely published and featured in National Geographic. She's currently working on "Stitches", a documentary based on lived experiences in navigating the asylum process in Greece.

_Zeynep Balcioglu works as a postdoctoral researcher for the SIDIT project. She earned her Ph.D. from the Department of Political Science at Northeastern University in 2021. Her research focuses on multi-level governance structures, social services, and assistance provisions for refugees and immigrants, local bureaucracies, and international humanitarian organizations. She holds a BA in Political Science and International Relations from Boğaziçi University and an MA in Global Ethics and Human Values from King’s College London.