ALL EYES ON US 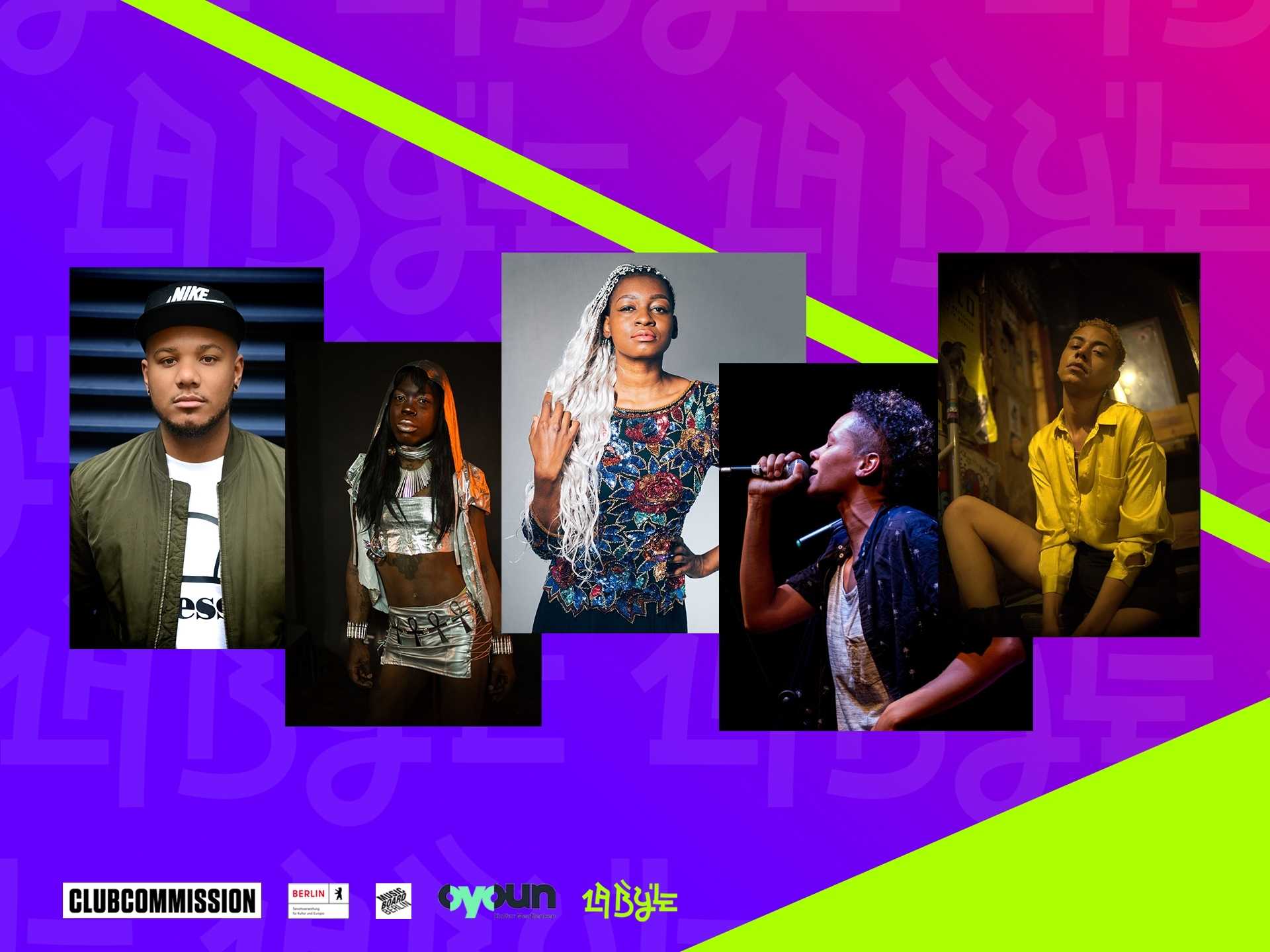 For this year’s Tag der Clubkultur La By’le has curated an event called ALL EYES ON US (Discussion & Performances Centering Queer Artists in Berlin’s Hip Hop Club Scene)  to highlight the contribution of QTIBIPOC artists in Berlin’s hip hop scene and encourage the integration and maintenance of safer spaces for queer identities in hip hop club culture.

IXA, MC JOSH & Ventura have given us the honor of sharing their unique experiences as queer artists in the genre of hip hop as well as in-depth perspective on the current state of the inclusion and representation of queer artists in Berlin’s hip hop scene. The discussion will be moderated by singer-songwriter & queer feminist activist Malonda; and the evening will be a mix of reflection, celebration and community empowerment which will conclude with a DJ set by Caramel Mafia!

ALL EYES ON US is an event that centers the creative and limitless resilience of T*I*BIPOC artists in Berlin’s music scene and club culture.

We will be accepting donations at the door for this event. The suggested donation will be between 4-8€ (or whatever is possible for your current financial situation).⁣

MC Josh was born in Berlin in 1990. At the age of 16 the first lyrics of the young artist were already traded in the circle of friends as a secret favorite. Shortly after, MC Josh followed suit and presented their powerful and expressive voice in concerts and jam sessions. They rap in German and their lyrics deal with topics ranging from women's rights to social injustice. Their participation in international musical exchange projects brought MC Josh to New York, St. Petersburg, Cairo, Paris and Prague.

They are increasingly involved in the social field and currently work with young people in a youth club in Wedding where she runs the recording studio. Currently they are working on their debut album (IG: @mc_josh__). Check out "Dein Brief".

Ventura, is a German speaking homosexual rapper/songwriter from Berlin with German/Mozambican roots. His rap style is very different from other rappers. With his creative witty style, different flows and thought provoking bars, he is developing his very own "empire" in trap and hip-hop. Ventura wants to create an acceptance in the genre of rap regarding homosexuality and is inspirate by artist like in Nicki Minaj, Doja Cat and Lil Nas X. (IG: mynameisventura). Check the interview.

Awesome Panel discussion moderator: Malonda (she/her) is a Berlin based singer, songwriter and electric pop diva whose work spans musical theater and her own self and co-written tracks. As well as creating music, she is a passionate anti racist and queer feminist activist. Singing and Speaking out about topics such as gender, sexuality and diversity, Malonda is coming into her own as a political artist. (IG: frau_malonda).

Caramel Mafia with a decade of radio hosting under his belt, Caramel Mafia has also been a club DJ for 8 years. A regular resident of Berlin’s biggest HipHop and RnB clubs, he plays across Germany and Europe. Caramel Mafia is a regular in magazines, being DJ of the Month in "Siegessäule" and "Blu". (...) In 2017 he introduced ͞Ratchet͟ in Berlin, his own club night, which is proving to be a popular feature on the Berlin circuit! Since 2017 Caramel Mafia has DJ'd internationally, often alongside rappers, musicians and artists. His sound and vibe can often be heard at clubs, festivals, pride events and fashion shows. During the Corona pandemic he continued DJ'ing over live stream events (Arte, United We Stream) and used the time to focus on his successful Berlin based dating podcast "030-Bootycall". Bootycall has been going for more than two years now and was recently awarded one of the best LGBTQ podcasts of the year by "Siegessäule"-Magazin. (IG: caramelmafia).

The collective, La By'le, presents a party-ready mix of different genres of the Global South and spice their sound with free-spirited vocals that transcend national borders linguistically at the same time through humor and self-awareness.

La By’le is a collective in Berlin centering queer urban global south culture in sound system music. We stand for centering and empowering marginalized communities by providing fun, safer, as well as educational spaces where our cultures can be celebrated and appreciated in an accessible way. (IG: labylemusic).