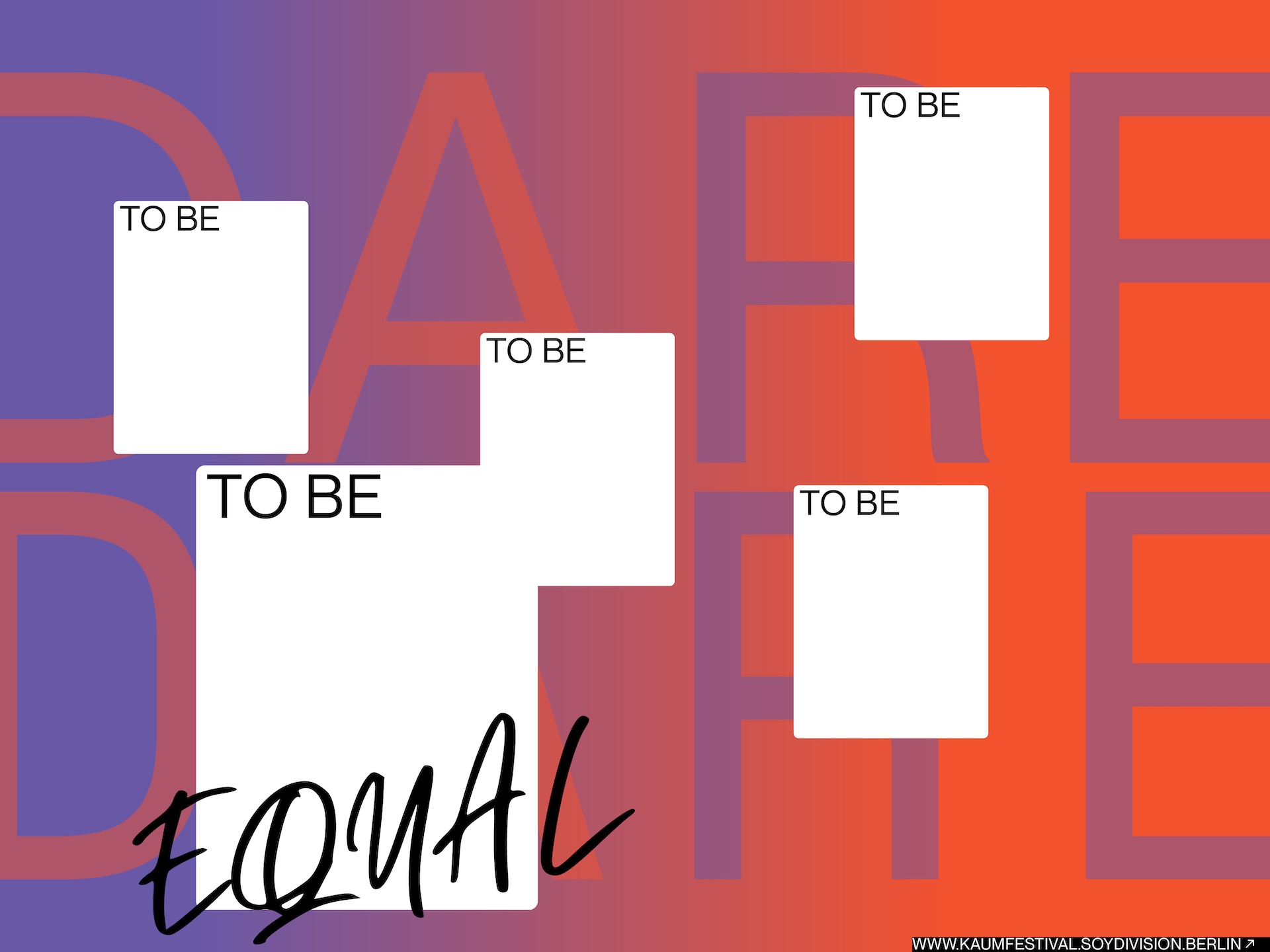 DARE TO BE EQUAL

A choir sings back songs made from within the prison and songs long forgotten. These songs are the hope, for a story that has been silenced for more than fifty years to get its voice back.

Salahuddin Siregar made his first documentary work at the 2005 Eagle Award workshop organized by In-Docs and the national news television channel MetroTV. This experience led him to participate in various other documentary film workshops, including the 2009 Doc Station Berlinale Talent Campus in Germany. In this activity, he presented the project which later became his first feature-length documentary entitled Negeri di Bawah Kabut. His work has earned him several prestigious awards, including Best Debut Documentary at the 2013 Almaty International Film Festival and the Special Jury Prize MUHR Asia Africa Documentary at the 2011 Dubai International Film Festival.

Vena is a Catholic. She lives in a predominantly Muslim neighborhood in Aceh, Indonesia. Vena likes to wear hijab in her daily life and has many friends who are Muslim. However, how can she continue to live as herself and adapt as a minority in a Muslim majority environment. Family factors also influence her life.

Vena Besta Klaudina, Born in Magelang, 28 September 1996. Recently graduated from Syiah Kuala University, Banda Aceh. Vena now lives with her parents in Sabang City. Involved as an actress in one of the short films entitled Replika Pulau Rubiah produced by VIU. Minor is his first documentary.

Through Svetlana’s narratives, Njoto, who is remembered in Indonesia’s history as a PKI leader, became another figure – a patient father who taught his daughter how to use the typewriter, for example. But Svetlana’s narrative does not spare the details of the horror that happened in 1965 and 1966. She recalls her experience of being detained in a jail along with her mother and other siblings. She remembers seeing victims of brutal interrogation techniques being dragged back to their cells covered in blood on a daily basis. Svetlana was often instructed to clean up the interrogation room in the morning when it was not in use. Here she saw traces of torture, such as the stingray tail and the floor covered with blood.

Kartika Pratiwi is a long time independent researcher with an interest in narrative discourse on the mass violence in Indonesia, oral history, and human rights issues, and accomplished media activist with 12 years’ experience in the use of video, digital story, collective memory and alternative media for social change. She has been a part of kotakhitam Forum for 12 years and was part of EngageMedia for more than 3 years, independent organizations focus on research, workshops, digital security, documentary video project and impact production.

Pratiwi currently develop my project "(Re)writing Indonesian Mass Killings of 1965 in the Digital Age". It was started during a fellowship year at Alliance of Historical Dialogue and Accountability at Columbia University in the City of New York - which will be creating an interactive digital platform about the facts related with the Indonesian past violence through materials such as collection of stories and memories of survivors, archival documents and digital cartography. She is now also working full-time at Asia Justice and Rights, a regional human rights organisation focus on building just and accountable societies free from impunity."

A woman walks home alone and got harassed by a man. Things take an unexpected turn when the hunter suddenly becomes the hunted.

Anto and Budi must take a responsibility how it feels becoming a girl name Dara who experienced her first menstruation.