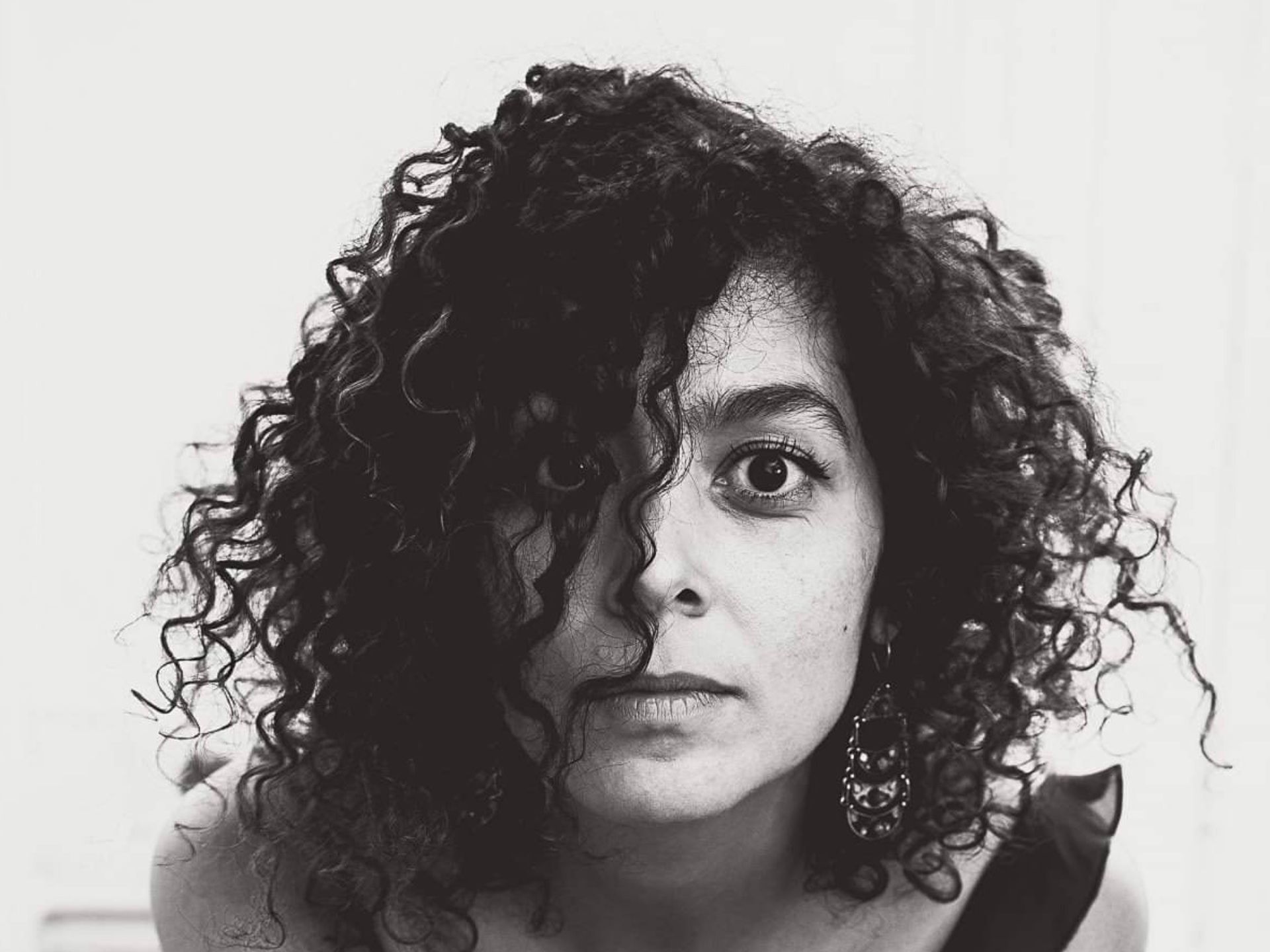 Nadja Makhlouf is a French-Algerian photographer and video film maker. Her work specifi- cally explores key questions of the role of memory, history and social change in respect to the place women in Algerian society.

After she graduated from a Baccalaureate in Literature, she studied Documentary making in Aix-Marseille University. She then went on experimenting through different projects in cinema and photography. More than 5 years working for other people in different positions, she embraces all the responsibilities to give birth to an audiovisual trilogy and a photographic exhibition.

For four years she worked on a three-part project on the status of women in Algeria, each consisting of a photographic exhibition and a documentary film.

The first part presents "Fatale Frauen", photographic portraits of the Kabyle women in today's Algeria, "Allah Ghaleb", the accompanying film, reports on the private everyday life of these women. The film won the Audience Award at the festival: "Look at the World Cinema" in Rouen, France, 2012.

The second part "El Moudjahidate: Invisible to Visible, women fighters", focuses on Female fighters for the war of independence in Algeria, from the past to the present. Nadja filmed a documentary titled “The Moudjahida, the Fighters' Wives”, showing what remains from their fight today.

The third part is about the Touareg women in the Algerian desert. She focuses on the power of these women in matriarchal society.

She is currently working on an ongoing project entitled "I am a Feminist Woman and I am a Muslim". This project looks at the lives of women in France who are both Muslim and feminist.
Nadja uses photography to depict the invisible world of women. She wants to break with the stereotype of “Arab” women or so-called “Oriental” women. She gives them back their freedom, their dignity and the possibility to express their own world. She focuses her work on spreading their word.