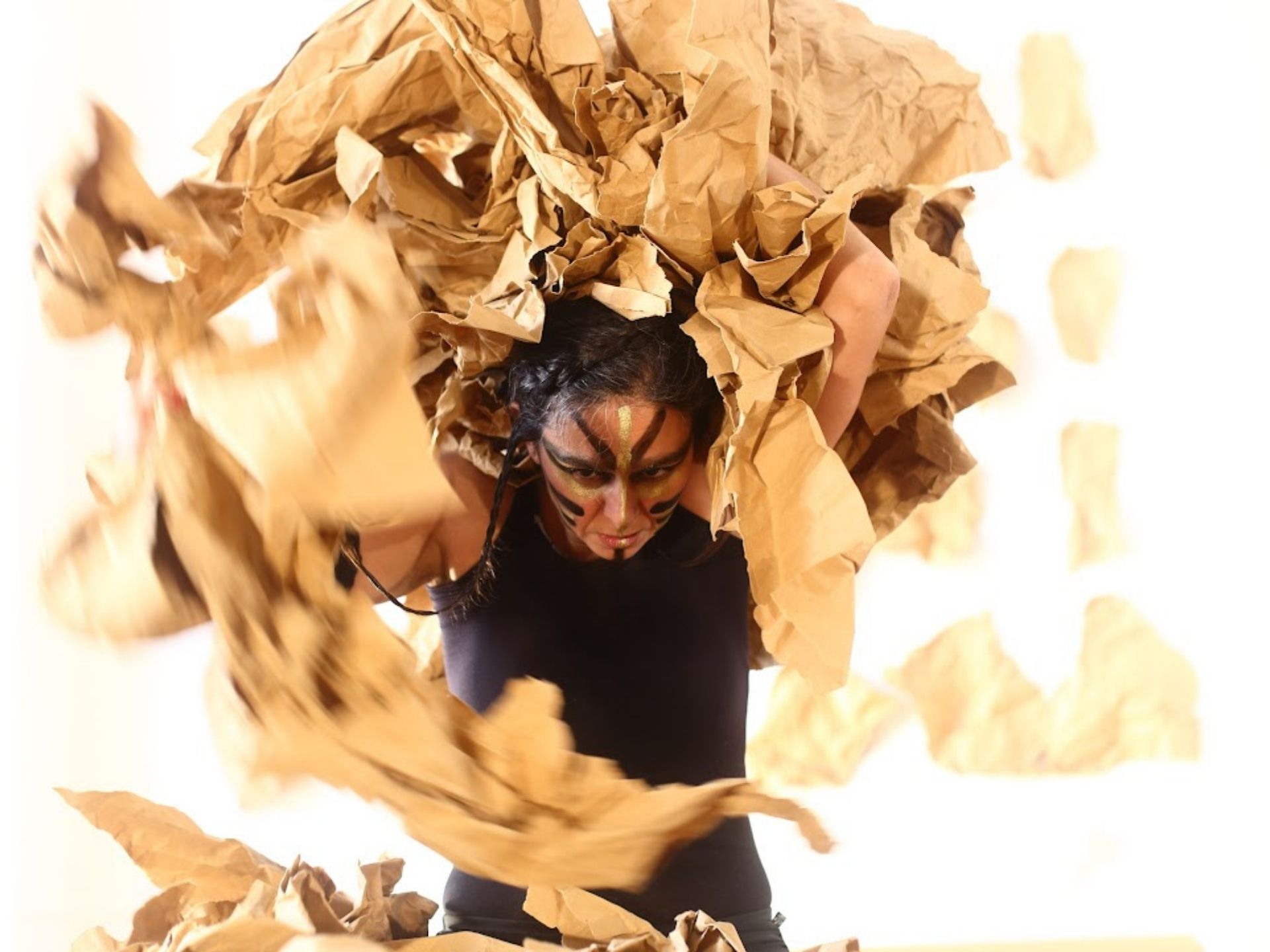 "One evening when I was a little girl, I was sitting on the beach with my father. The sea was as dark as the sky. Suddenly a drop of light appeared on the horizon. It didn't come from boats and didn't move. Right across from to us was another country, like a fairyland with lights shining in the middle of the sea. Immediately I asked my father where the lights came from.''It's another country. It's Greece, my little girl,'' my father replied. Me was shocked! Until then I thought the sea was the end and there was no other land... I told him with excitement: "I want to go there dad, it's so close!!! His answer was bitter: "You can't go there whenever you want, Ayşe".

NOMAD is a physical theater performance based on the life of Ayşe, an immigrant in Europe. Through movement, comedy and tragedy, we explore the experience through the eyes of three characters: Ayşe - the heroine and the two institutional monsters: Eric (policeman and immigration officer) and the paper creature (an absurd embodiment of bureaucracy).

NOMAD is a show about an immigrant in Europe and her quest for legal status.

By and with: Gozde Atalay
director: Carolina Ortega
Produced by: Tucan Riot

_Gözde Atalay is a Turkish-born, Athens-based physical theater teacher, director and actress. She has been acting in theater since 2000 and graduated from Istanbul University Faculty of Theater Criticism and Dramaturgy in 2004. As a performer of physical theatre, she studied at the "Chame and Gene Estudios Teatrales" in Madrid and with Thomas Prattki at LISPA/ ArtHouse Berlin, where she completed the new full-time continuing education program. She has also studied with Mario Gonzalez, Giovanni Fusetti, Matej Matejka and Patrick Van Den Boom. In addition, she is actively engaged in other circus techniques and taught in 2011-2012 in the social circus school for children "Cabuwazi" in Berlin.

_Carolina Ortega is a Venezuelan director, dramaturge and performer. She studied Theater Directing and Dramaturgy (MA Text & Performance) at RADA (London) and Literature and Creative Writing (Drama) at the University of London. She trained in Physical Theater at LISPA and City Lit, as well as with John Mowat, Lee Delong, Lorna Marshall and Philippe Gaulier. She trained in experimental performance at SMASH (Berlin) and studied documentary and biographical theater direction and dramaturgy at the Berlin University of the Arts. With her company TUCAN RIOT she makes pieces with a strong focus on women and migration