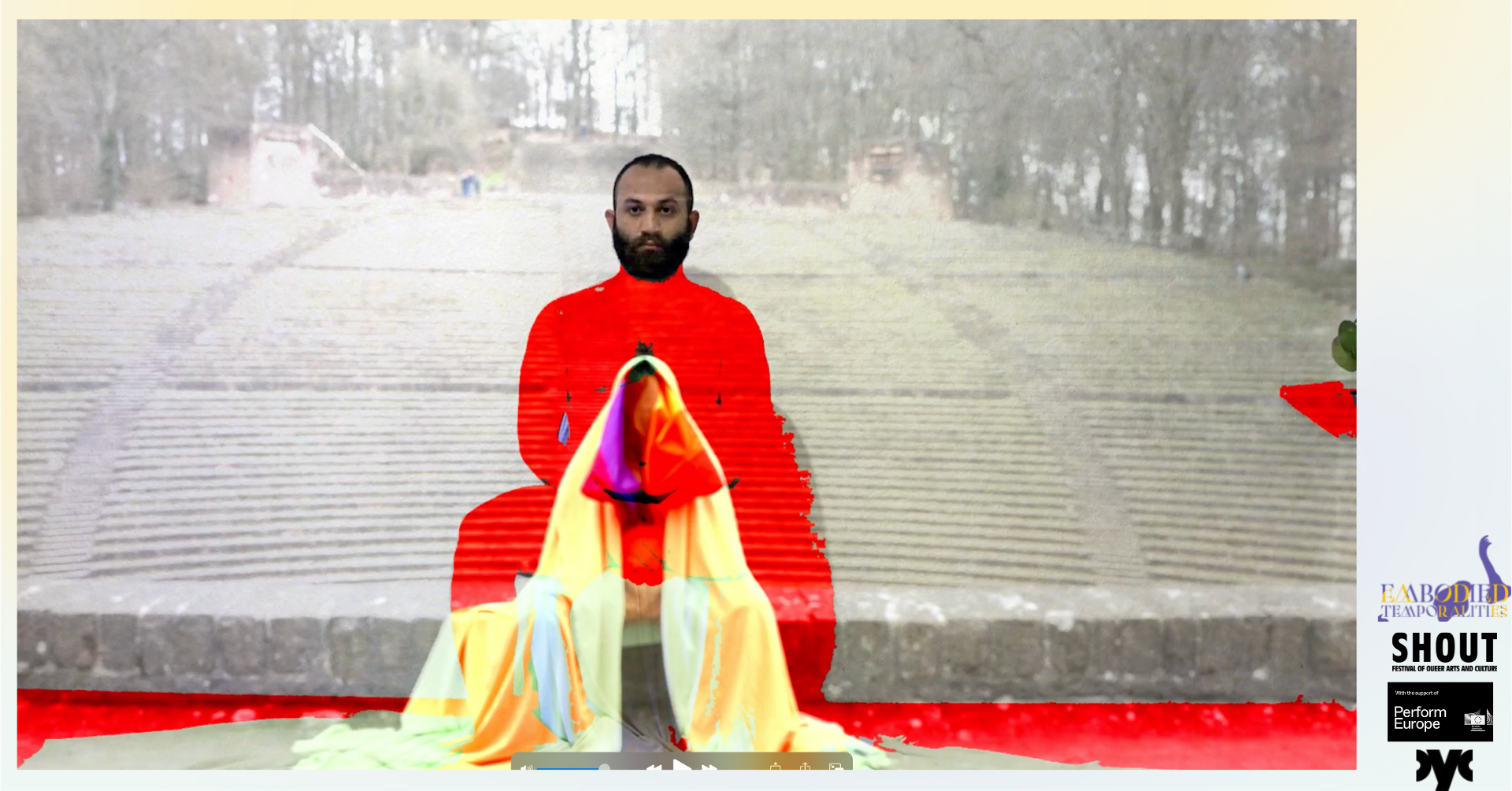 Manuscripts of Foreign Body(s) is a documentation film of performance workshops by Ahmad BaBa and Michalina Mrozek that focuses on TLGBQIA+ bodies of colour. The bodies here are seen in their continuous duality; both as a sites of oppression and resilience. This collective workshop invited artists from different disciplines to come together and create a safe(r) space(s), for investigating bodies on different levels, and bring forward narratives that speak to their own personal stories.

Ahmad BaBa collaborates with Michalina Mrozek, a filmmaker and film educator who has been working as an independent filmmaker in Berlin since the beginning of 2013. She has many years of experience in educational work with youth and young adults as a project manager and filmmaker. For the past four years, she has increasingly realized projects with LGBTQ+ communities that aim for more visibility and tolerance.

Ahmad is accompanied in Birmingham by his assistant director Mansur Ajang.

Manuscripts of Foreign Body(s) Trailer 2021 from Ahmad BaBa on Vimeo.

Mansur Ajang is a performer, director and coach working with marginalized communities in Berlin. One focus of his work is theater productions with long-term unemployed people that unleash the potential of people in social and economic circumstances through artistic creativity. He was trained at the Elisabethbühne of the Schauspielhaus in Salzburg. First engagements followed at the Theater of the Young World in Leipzig, Staatstheater Darmstadt and Ballhaus Ost Berlin. He is a member of the ensemble of the Magdeburg Theater since 2022. Ilk is his second production with the performance artist Ahmad BaBa.