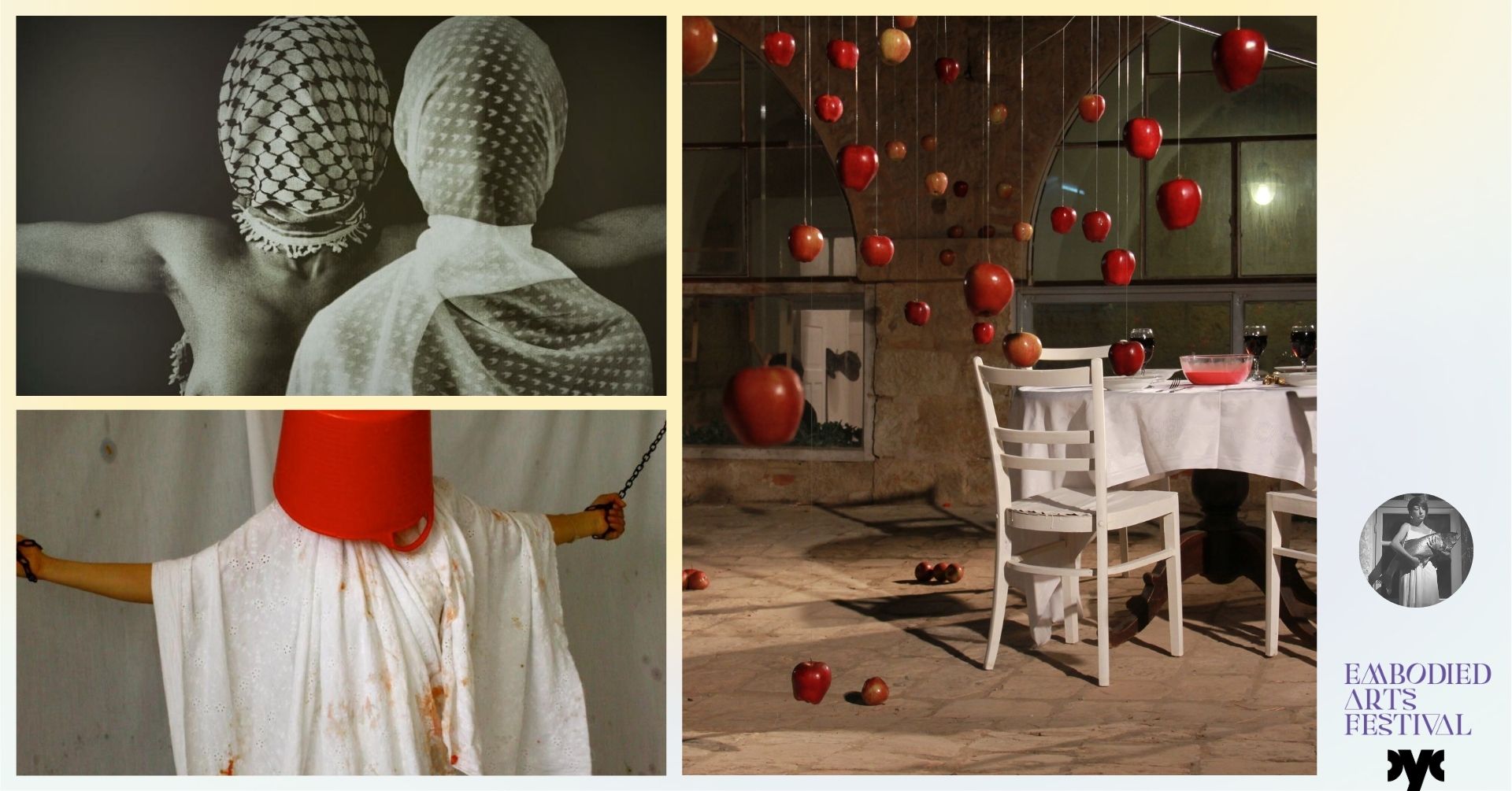 Ascension is a theater play - an outcome of a durational project about gender, femininity and menstruation. The project engaged participants with a community debate in order to reflect on gender equality and social change. The project explored menstruation, taboos, and identity from all potential directions such as historical, political, embodied, cultural, religious, social, health, and artistic concerns.

Participants took part in various online workshops dealing with femininity and pain, which lead us to a final outcome of a theater play which we will present to you during the EMBODIED ARTS FESTIVAL at Oyoun.

The workshops / rehearsals started in January providing a safe space to communicate femininity, pain, therapy, and collective engagement and discussions with other women. Throughout the project, the participants had the opportunity to engage with presentations and online conferences / debates about gender issues and taboos. The project aimed at building a community debate around those taboos and forbidden corners of the female body.

The play will be followed by a discussion with the director and the participants. We will follow all the emotional, physical and artistic development throughout the project: from the beginning till end.

Ascension was initiated and led by Dr. Maiada Aboud, whose work deals with ways that social and religious structures interconnect and influence the individual. She attempts to connect the social-cultural analysis to the individual's experience by way of using performance and relating it to cultural and social life.

Curators, artists and cultural practitioners have been exploring identities, belonging and embodied memories through diasporic, decolonial and queer perspectives as part of Oyoun's first curatorial focus: EMBODIED TEMPORALITIES. The outcomes, encounters and queries will be presented and celebrated during the EMBODIED ARTS FESTIVAL from 8th - 18th April. View all events here.