The Syrian filmmaker Ammar Obeid, who lives in Berlin, completed the script for a new film called Al-Bab (The Gate) some time ago, but has not yet found any funding for the film project.

While trying to make a virtue out of necessity, the idea arose to initially realize the project as a graphic novel. And then the draftsman Noureddin Yasin came into play, who developed ideas on how this story could be implemented in drawings.
Al-Bab is a romantic science fiction story.

The eponymous gate is a kind of wormhole that connects the rooms of a Japanese geisha in Kyoto in 1720 with the room of an Egyptian prostitute in Cairo exactly 300 years later.

The works were exhibited in Oyoun in October 2020. 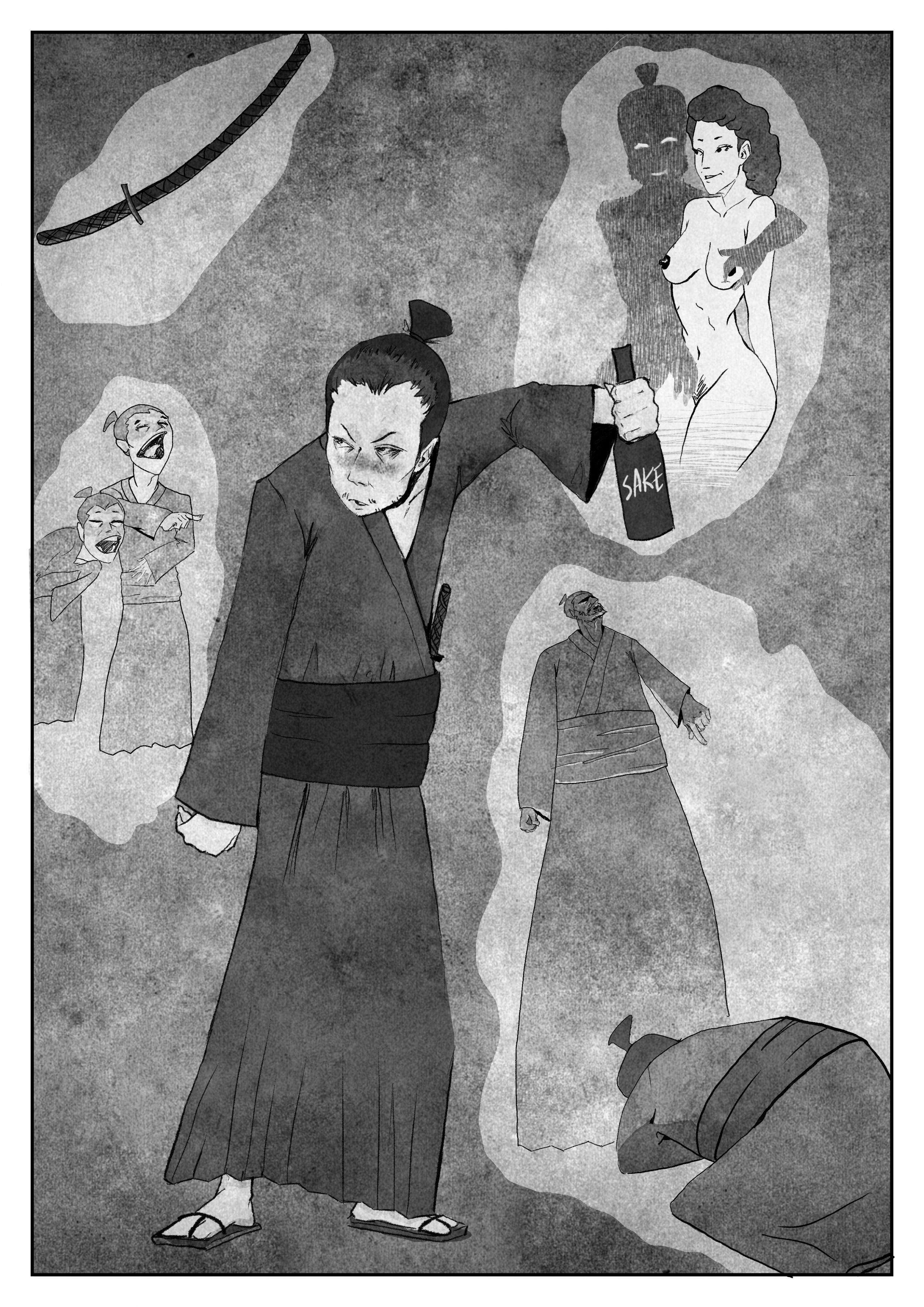 Ammar Obaid is a narrator, screenwriter, director, filmmaker from Syria,
He graduated from Damascus University with a degree in Japanese Studies in 2015. In 2020 he came to Berlin and has since worked at the Oyoun as part of the “Weltoffenes Berlin” fellowship program of the Senate Department for Culture and Europe, Berlin. 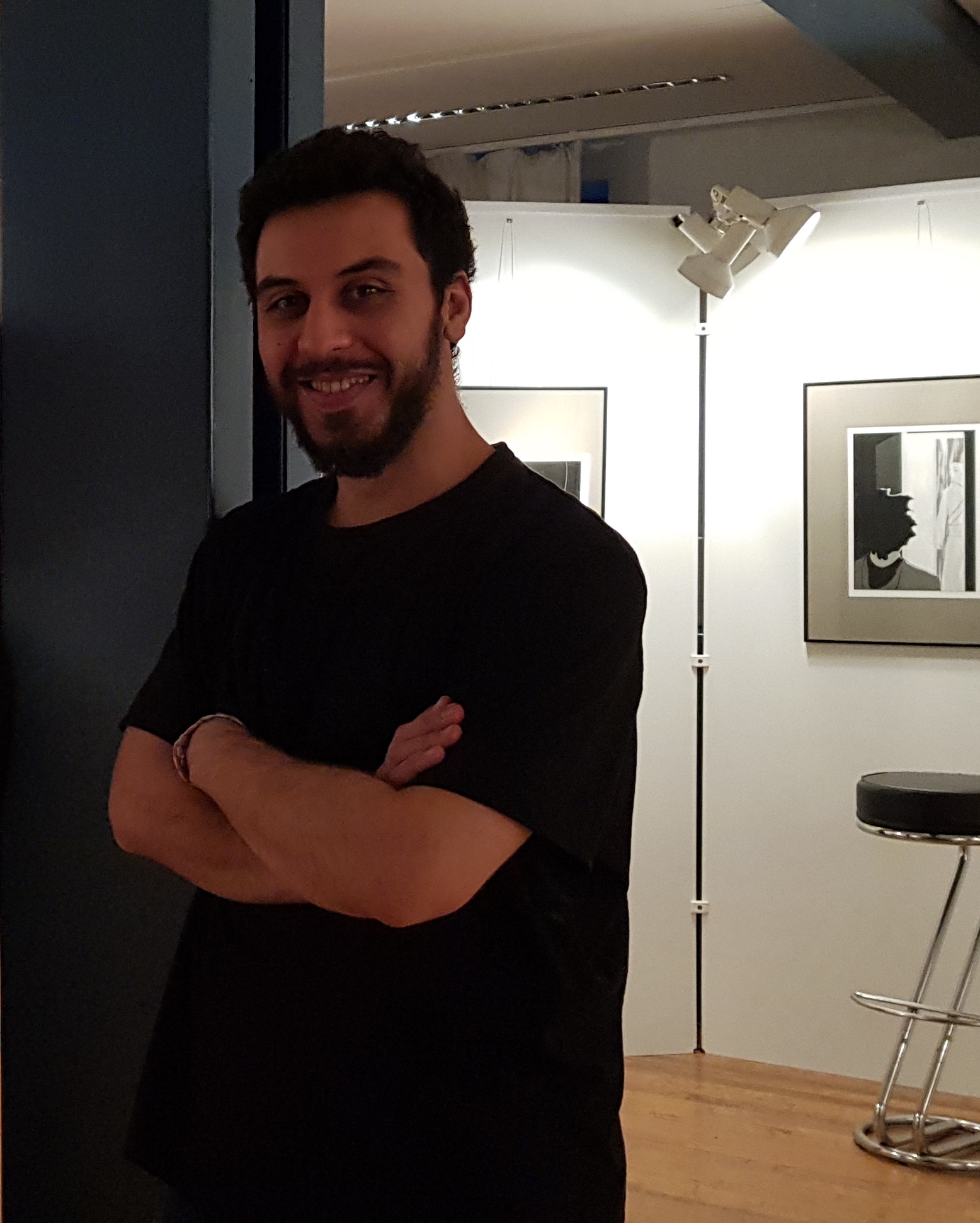 Noureddin Yasin is a visual artist, draftsman, studied visual communication at the Weissensee School of Art, Berlin. His passion is creative and artistic work, especially drawing. 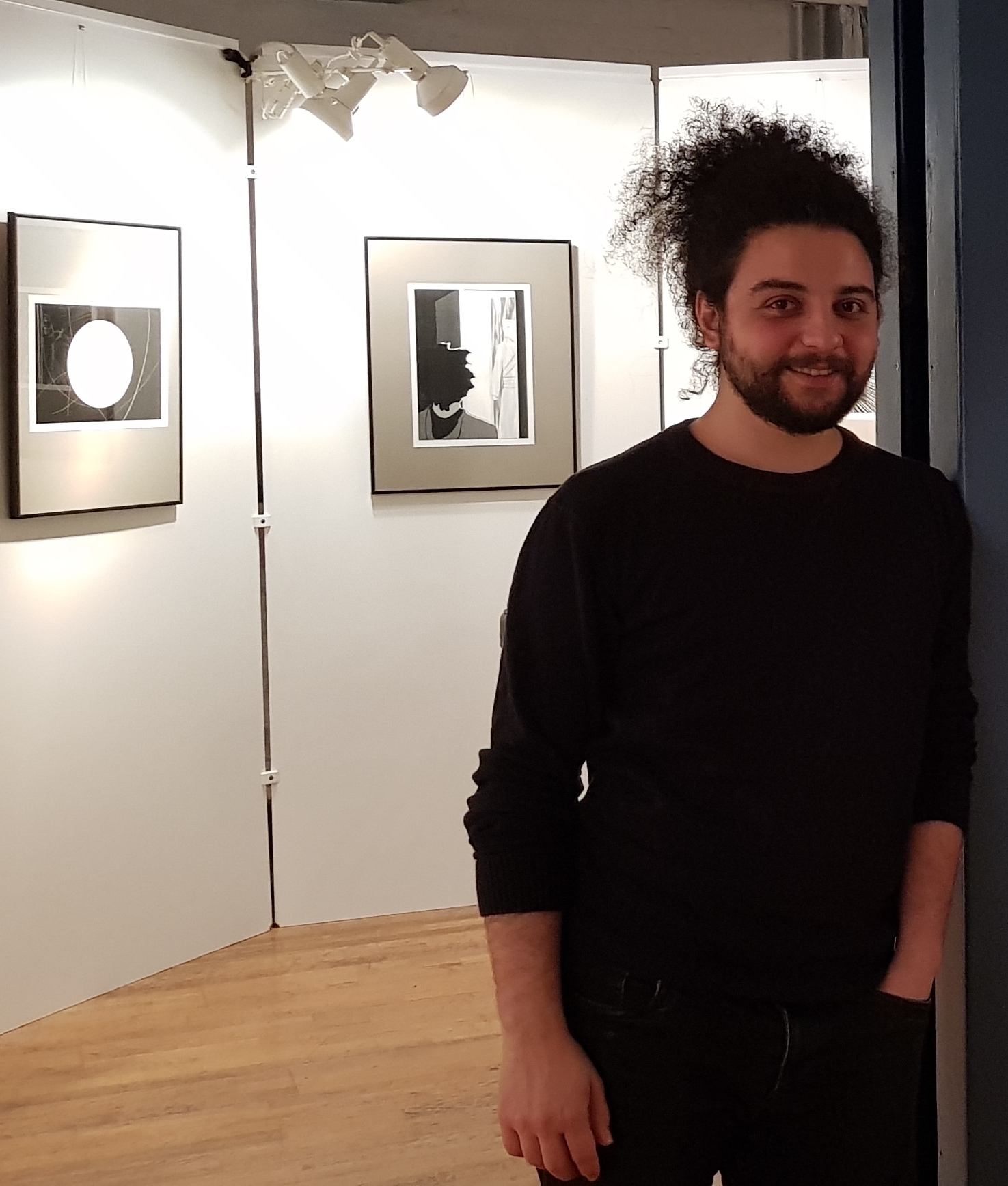